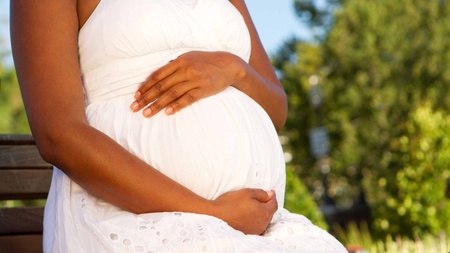 Pregnant women were left feeling isolated and anxious at times because of Covid restrictions, a new study by the universities of Aberdeen and Dundee has found.

The study looked at a wide range of aspects of changes in the provision of maternity care during the pandemic and their impacts on patients and staff.

However, the findings also revealed that substantial stress was caused by women not having birthing partners present at various points during antenatal and postnatal care and during the early stages of labour.

Among women responding to the survey, most (89%) reported attending antenatal appointments alone, with 67% reporting feeling uncomfortable with this.

After giving birth most women (73%) felt they should have been able to have their partner/a supportive person with them more often in the postnatal ward.

Many women noted that restrictions around partners being with them after the birth had felt excessive, and the rationale for the restrictions not well communicated.

Researchers surveyed and interviewed more than 2500 women and birthing people, and more than 450 maternity staff who used or were working in maternity services from June 2020 – July 2021. The paper has been published on the Public Health Scotland website.

This wide-ranging study reveals a lot about the impact that Covid restrictions had on maternity service users and staff." Dr Mairead Black

The study also revealed Covid restrictions impacted connections between women and healthcare workers, with 40% saying that telephone appointments (instead of in-person) stopped them from building a good relationship with their midwife/doctor.

Some examples of excellent, innovative, or supportive care were described, where midwives in particular went out of their way to provide personalised support to women.

Appointments at home were very well received (both antenatal and postnatal) with postnatal care at home described very positively as being family-centred.

Four out of five staff who witnessed an increase in outpatient induction of labour would like to see this remain in the longer-term – this change was linked to increased job satisfaction for 45% of staff.

Dr Mairead Black of the University of Aberdeen who co-led the study, said: “This wide-ranging study reveals a lot about the impact that Covid restrictions had on maternity service users and staff.

“One of the clearest disadvantages of the restrictions centred around women not being able to have a partner with them as much as they would have liked. Many women told us that knowing in advance that their birth partner would not be able to accompany them to scans or in early labour led to great anxiety, as well as when it actually happened.

“The need to physically distance and replace in-person visits with phone or video calls has led some to feel they had a lesser relationship with their doctor or midwife, and staff too have reported a frustration and conflict between what they were allowed to do and what they would normally do to support a pregnant woman and her partner.

“Having said that, overall, many women were complimentary of the service they received and some aspects of the maternity service that were forced to change in order to meet Covid requirements have actually been well received by women and staff alike and may well remain, in some form, post-Covid.”