Researchers find new evidence that a 'smart, fungi' can be hard to find
09 December 2019 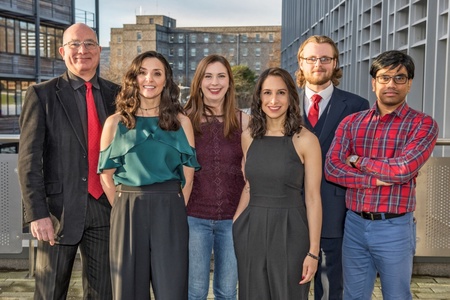 A team of experts have discovered that a common fungus that infects humans can not only predict an imminent attack from the immune system, it will even change its appearance to hide from it.

New research from the University of Aberdeen, has found that Candida albicans, the fungus that can cause thrush, has evolved the ability to predict an attack by the immune system and so alters its surface markings to avoid detection.

Although harmless to most healthy individuals, Candida albicans can be deadly to patients with weakened immune systems and can lead to serious fungal diseases such as candidiasis which affects around 1000 patients in the UK per year and can prove fatal in up to half of cases.

This study, published in Nature Communications, is the first to show in detail how this fungus evades the immune response and could lead to new more effective ways to target fungal infections.

The Medical Research Council (MRC) funded research was conducted at University of Aberdeen’s Fungal Group in the MRC Centre for Medical Mycology.

These findings suggest that this fungus can anticipate imminent immune attack and react quickly to avoid detection." Dr Delma Childers

Dr Delma Childers, research team member and Lecturer in Medical Sciences at University of Aberdeen, said: “‘Candida albicans is not a concern in day-to-day life. However, it can be a serious problem for very vulnerable patient groups, so it’s important to understand how this fungus exploits conditions inside us to survive. Then we can look for new ways of combatting this infection.

“We found that Candida albicans can ‘camouflage’ its cell surface from immune cells after sensing many different signals present in its environment. These findings suggest that this fungus can anticipate imminent immune attack and react quickly to avoid detection.”

Professor Alistair Brown, who recently relocated with the MRC Centre for Medical Mycology to University of Exeter, said: “What we found is important.  We discovered that Candida is a moving target for our immune defences, changing its surface and camouflaging itself to hide from these defences.

“This discovery is important because it presents the opportunity, in the future, to develop drugs that denude Candida of its camouflage and allow our immune defences to clear the infection.”