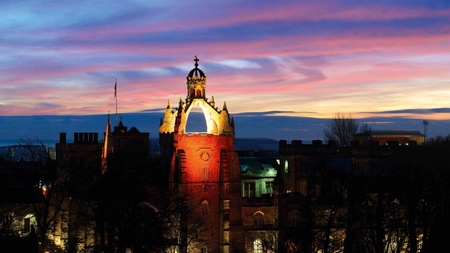 Leading academics from the University of Aberdeen have been included in an influential list of the world's most highly cited researchers.

A total of nine scientists, several of whom operate across multiple academic disciplines, have appeared in the Clarivate Highly Cited Researchers 2022 list* as a result of their work at the University.

This year’s list focuses on the contribution of researchers towards addressing the United Nations’ Sustainable Development Goals, and internationally respected climate scientist Professor Pete Smith is included among those researchers who have made an important contribution in this area.

The list is compiled from the highly cited papers that rank in the top 1% by citations for field and publication year in the Web of Science™ citation index over the past decade.

Several scientists from the Rowett Institute’s Gut Microbiology Group are listed in recognition of their work on the contribution of the microbiome to gut, and overall, health. This includes Dr Sylvia Duncan, Dr Petra Louis, Dr Karen Scott and Dr Alan Walker whose work includes investigating mechanisms to boost numbers of key microbiome species through the use of diet, and identifying specific gut microbiome species for development as novel probiotics or biotherapeutics.

Interdisciplinary research is a key focus of our activities, and it is especially pleasing that many of those who are named in the list work across academic disciplines in areas including climate change and healthcare." Professor Marion Campbell, Vice-Principal Research

“The Highly Cited Researchers list identifies and celebrates exceptional individual researchers who are having a significant impact on the research community due to the volume of their work that is cited by their peers.

“To have nine academics named in the list is a significant achievement and underlines the University’s long-standing reputation for research excellence. Interdisciplinary research is a key focus of our activities, and it is especially pleasing that many of those who are named in the list work across academic disciplines in areas including climate change and healthcare.

“My congratulations go to all those who are named in the list, whose achievements are testament to the strength of academic talent that exists here at the University.”