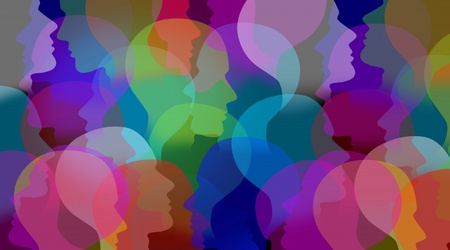 Scientists from the University of Aberdeen have participated in large genetic studies that have pinpointed genes and biological mechanisms that home in on the root causes of schizophrenia.

In the landmark genetic study of more than 121,000 people, an international consortium called SCHEMA (SCHizophrenia Exome Meta-Analysis), led by researchers at the Broad Institute of MIT, Harvard and involving the Universities of Aberdeen and Edinburgh has identified extremely rare mutations in 10 genes that strongly increase an individual's risk of developing schizophrenia — in one instance, by more than 20-fold.

"In general, any given person has a roughly one percent chance of developing schizophrenia in their lifetime," said Professor Benjamin Neale, co-author on the SCHEMA study. "But if you have one of these mutations, it becomes a 10, 20, even 50 percent chance."

A second, complementary study in a larger but overlapping group of 320,400 people, conducted by the Psychiatric Genomics Consortium (PGC), also involving the University of Aberdeen and the University of Edinburgh, brings to 287 the number of regions of the genome associated with schizophrenia risk, including ones containing genes identified by SCHEMA.

The two studies appear together in the journal Nature. Together, these studies underscore an emerging view of schizophrenia as a breakdown in communication at the synapse (the junction between neurons) and illustrate how different kinds of genetic variation affecting the same genes can influence the risk for different psychiatric and neurodevelopmental disorders.

Emeritus Professor David St Clair of the University of Aberdeen, said: “I am delighted that Aberdeen and Edinburgh universities have taken part in these truly global ongoing collaborative endeavours to unravel the complex genetic basis of schizophrenia.”

Tarjinder Singh from Stanley Center for Psychiatric Research at the Broad Institute, said: "Unlike cardiovascular disease or cancer, we have very few biological clues to psychiatric disorders mechanisms.”

I am delighted that Aberdeen and Edinburgh universities have taken part in these truly global ongoing collaborative endeavours to unravel the complex genetic basis of schizophrenia." Emeritus Professor David St Clair

Professor Neale added: “Identifying these 10 genes is a watershed moment in schizophrenia research because each one of them provides a solid foundation for launching biological inquiry."

Separately, the PGC team examined common genetic variations in 76,755 people with schizophrenia and 243,649 without, finding 287 regions of the genome as having some involvement in schizophrenia risk, an increase of 94 since the last analysis in 2019.  With further analysis they identified 120 genes that potentially increase risk for schizophrenia. Several of these genes were also identified in the SCHEMA study.

Their findings also hint at an additional 22 genes that also likely influence schizophrenia risk, and which may prove significant after further study. Data from the SCHEMA study are available at schema.broadinstitute.org.

The authors suggest that the fact that both studies' findings converge similar groups of genes and similar biological mechanisms implies that genetic discoveries are beginning to home in on core aspects of schizophrenia biology and are close to broader insights into the mechanisms underlying schizophrenia progression.

"Our hope was that we would end up with some amount of overlap in the stories that the common and rare variant associations were telling us,” said Professor Neale. "And we see overlap pointing to a relationship between synaptic biology and schizophrenia risk.

"Realistically, it will take yet more years to translate these results into treatments that will make a difference in the lives of people who are suffering with this devastating illness. But it is highly motivating to have a compelling path forward."