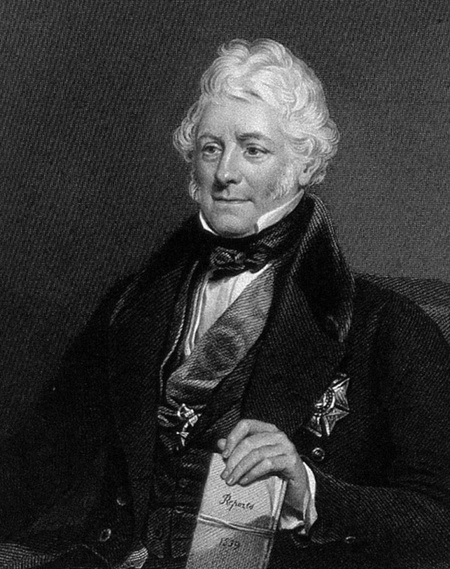 The University of Aberdeen will celebrate the 250th anniversary of the birth of the 'father of British army medicine' whose life and achievements are commemorated in one of the city's most famous monuments.

Born in Strathspey on April 9 1771, McGrigor was educated at Aberdeen Grammar School before attending Marischal College, Aberdeen, where he received the MA in 1788.

Attracted to the study of medicine, he spent three years in attendance at Aberdeen infirmaries, in a phase of training corresponding to a modern internship and completed his professional preparation by attending medical lectures from prominent physicians in London and Edinburgh.

McGrigor sought a military life and, upon the outbreak of the war with France, his father purchased an army assignment for him in an Irish corps. The unit became famous later as the 88th Regiment or the Connaught Rangers.

After serving in a range of locations, he returned to England in 1803 and a year later graduated as a doctor of medicine at Aberdeen.

He raised the status of the ordinary army doctor and introduced the routine collection of disease statistics. Under McGrigor's guidance British army doctors received their first ever mention in dispatches, after the action at Badajoz in 1812. His carefully maintained disease records were later used by statisticians to disprove many of the traditional theories of disease and to justify the introduction of crucial preventive measures such as better diet, clothing and sanitation.

The obelisk which stands in Duthie park is dedicated to his life and work and signifies his links to the city and the University of Aberdeen where he also served as Rector.

McGrigor’s remarkable story and his achievements will be the focus of a virtual event to celebrate the 250th anniversary of his birth on April 9 from 4pm to 5.15pm.

The free event which is open to all will include recorded presentations from Sir James McGrigor on his great great-grandfather’s early and later life. Professor J.D. Hutchison will discuss McGrigor as surgeon, Tom Scotland will outline about his role as a soldier in the Peninsular War and Paul Logie from the University’s Museums and Special Collections will show examples from the McGrigor archives. The presentations will be followed by a live and lively panel discussion and attendees will be invited to post their own questions to the panel members.

“As an army surgeon he became Wellington’s Surgeon General and is responsible for what is now the Royal Army Medical Corps, establishing the Army Medical Friendly Society and the Army Medical Benevolent Society for soldiers and their widows. In later life he was Lord Rector of the University of Aberdeen on three occasions. He is truly a local lad who had global influence for the enduring benefit of others.”

To register for the event visit https://www.abdn.ac.uk/events/16440