David Lessels is Appointed to an Honorary Chair
04 November 2014 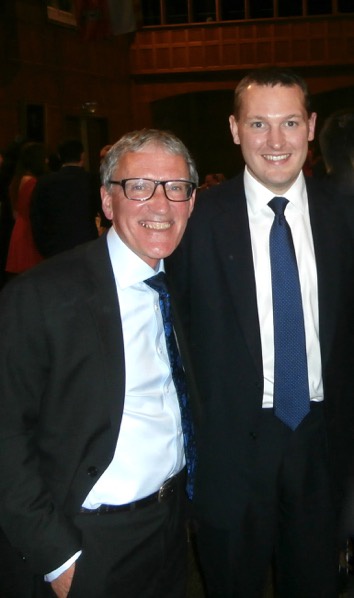 The School of Law is delighted to announce the appointment of Mr David Lessels to an Honorary Chair. Professor Lessels' Chair took effect from 1st November 2014, but was announced by Professor Margaret Ross at the Matriculation Dinner on Friday 24th October.  This enabled students, alumni and colleagues to congratulate him immediately. He is photographed with one of his former students Paul Dickson (class of 1999; Slaughter and May partner 2011). The appointment is in recognition of the unique contribution to teaching and student support and guidance that David spearheaded for the Law School for over 40 years. It is hoped that David will be involved in future alumni events in Aberdeen and elsewhere.