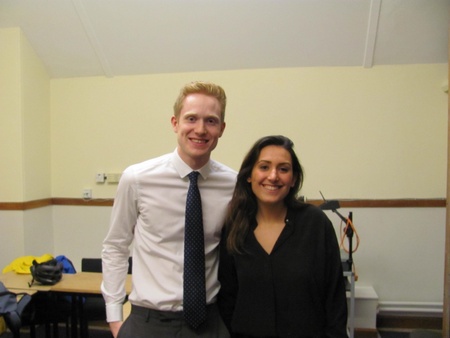 The internal final of DPLP International Negotiation Competition was held on Monday 16th March before judges Craig Pike of Ledingham Chalmers and Dr Susan Stokeld, Diploma Director. Six Diploma students competed in teams of two acting as lawyers representing a client.  Each team had to negotiate against another in two negotiations. The teams all received a common set of facts and also additional confidential information which they used to negotiate a satisfactory outcome for their client. The students were coached by DPLP tutor Adam Davies and all demonstrated great skill and teamwork in their negotiations.

The winning team was Latifa El Shafei and David Ridley and they will represent Aberdeen Law School in the Scottish final at Glasgow University on 20th March.