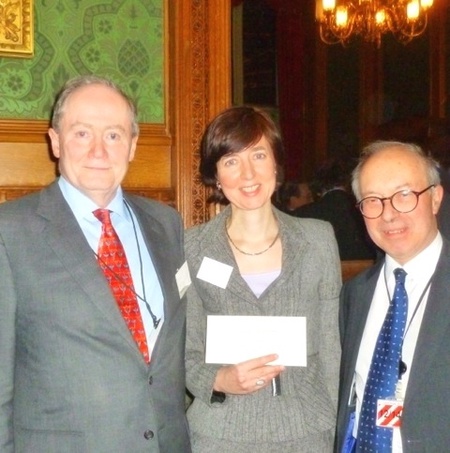 The UK Franco-British Lawyers Society gave an award to the Law School's LLB with French Law, for promoting Franco-British legal, linguistic and cultural understanding. The award consists of a prize of £500 (or two prizes of £250) each year for three consecutive years given to the most outstanding student (or students) in the second year of study of the LLB with French Law, before students spend one year at a French university. Furthermore, the best student of that year will get free membership of the Franco-British Lawyers Society. The students are to be chosen for their academic excellence in French Law and French, but also for their strong motivation to contribute to the enhancement of Franco-British relations.

Dr Irène Couzigou, responsible for the teaching of French Law at the Law School, received the award on 27th January on behalf of the University of Aberdeen during an award ceremony hosted at the House of Lords by Lord Hope of Craighead (right) and Sir Michael Tugendhat (left).