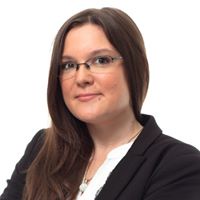 On 31 May 2021, Dr Patricia Živković participated with selected experts in a round table of the Croatian Academy of Sciences and Arts (HAZU) titled "Resolving cross-border disputes in the era of modern information and communication technology". Patricia had an opportunity to speak on the topic of “Digitalisation in Cross-Border Commercial Disputes”. Based on previous and ongoing research on the subject, Patricia offered an overview of the digital transformation in the dispute resolution realm and identified lessons for the future while emphasizing the importance of the following: