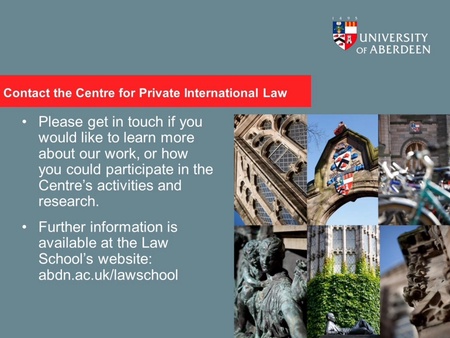 A cross-party group of Members of the European Parliament wrote to the European Commission today requesting the recasting of EU private international law of defamation, as well as the introduction of an anti-SLAPP Directive.  SLAPPs (Strategic Lawsuits Against Public Participation) are vexatious legal techniques designed to limit public scrutiny of powerful political and economic actors.

The MEPs’ request, which was signed by 31 MEPs, is informed by a report prepared by our Centre for Private International Law.  Dr Justin Borg-Barthet presented the research at the European Parliament in November 2019.  MEP David Casa welcomed the report at the time, noting that “the EU now had a concrete foundation on which work could be based.”

The MEPs argue that  EU law should be reformed to prevent vexatious lawsuits which have a chilling effect on press freedom: “The EU response should include a recast of the Brussels I and Rome II Regulations…ending the possibility of forum shopping. However, central to solving this problem is the adoption of a new European Directive.”

This follows a similar letter from press freedom and civic organisations last week in which 26 NGOs endorsed recommendations by our Centre for Private International Law.  Those organisations argued that reform of the Brussels Ia Regulation and the Rome II Regulation require urgent attention, and that a Directive should be introduced to prevent SLAPPs in the EU.