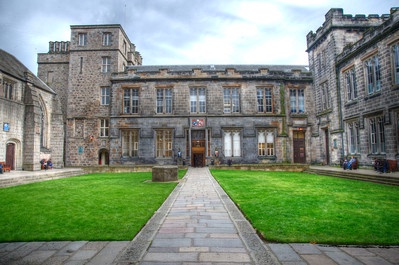 A student group from the University of Aberdeen will host a conference and networking event for all law students who are keen to pursue a career in litigation this week.


The Aberdeen University Mooting Society has organised the ‘Approaching the Bar’ Conference and Networking event, which will take place all day Saturday, October 26 at King’s College Conference Centre. The Keynote speaker, Lord President of the Court of Session, Lord Carloway, will open the event at 10:30am

We are very excited to host this event for all law students interested in the litigation area, be that criminal, commercial, international based or more. " Anna Black

The event has been sponsored by law firms including Pinsent Masons, CMS, Stronachs, Aberdein Considine and Terra Firma. Society supporters include the Faculty of Advocates and the Law Society of Scotland.

Anna Black, President of the Aberdeen University Mooting Society said: “We are very excited to host this event for all law students interested in the litigation area, be that criminal, commercial, international based or more.  This is the first of its kind in Scotland, with a focus on litigation as a core area for students to consider as a potential career path, and for people to get more engaged in the current developments of the litigation world.

“Putting on an event like this is only made possible by the support we have received from our sponsors and I would like to take the opportunity to thank them and all the speakers who have agreed to come and talk at the conference.”