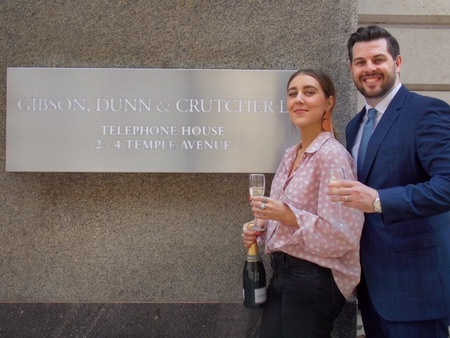 English and Welsh Law has now has officially acknowledged upskirting as a criminal offence following a high-profile campaign by Gina Martin, supported by alumnus  Ryan Whelan, lawyer at Gibson Dunn. The law came into force after Gina Martin spent 18 months in court campaigning to make the highly intrusive practice illegal after two men took a picture up her skirt at a festival in 2017.

In England and Wales the behaviour was previously prosecuted under the offence of Outraging Public Decency. However,  following Gina's campaign,  and after concerns  that potentially not all instances of ‘upskirting’ were covered by existing criminal law new legilsation has been put in place.  The new law, part of the Voyeurism Act treats upskirting as a sexual offence, which in the most serious cases results in offenders being placed on the sex offenders’ register and face  a sentence of up to two years in prison.Police in England and Wales can now arrest people on suspicion of upskirting.

Ryan commented on the campaign "We’ve been working on this for almost a year. It has not been easy but it has been rewarding and fruitful.  It has been a pleasure to play a role in helping Gina's voice be heard by those who needed to hear it. I would also like to put on record my gratitude to fellow Aberdeen graduates Professor James Chalmers, Dr Findlay Stark and Ross Thompson MP. Their support has been invaluable and very much appreciated.”