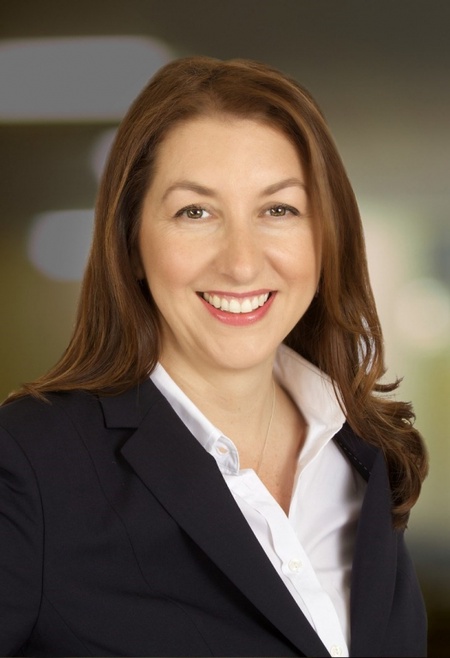 The School of Law is delighted that Angela Grahame QC, FCIArb is joining teaching staff as an Honorary Lecturer on a number of on campus and online programmes.

Angela Grahame QC, FCIArb will join the Law School as an Honorary Lecturer, commencing lectureship duties  at the International Arbitration Summer School, and will also teach on courses related to her main specialism, medical negligence.

Angela is the Vice Dean of the Faculty of Advocates. She is only the second woman to hold this position in the history of the Faculty.  She has been in practice since 1995 and has extensive experience in many challenging and high-profile cases.

Angela was the lead counsel in the Vale of Leven Public Inquiry for Greater Glasgow Health Board, the largest Health Board in Scotland.  This Inquiry was tasked with investigating how 131 patients had contracted the Hospital Acquired Infection, C Difficile and the cause of death of 34 of those patients.

She was lead counsel representing the Lord Advocate, the chief legal officer of the Scottish Government and the Crown in Scotland, in the Fingerprint Inquiry following the Shirley McKie trial. This Inquiry fundamentally changed the procedures for Fingerprint investigations in all criminal cases across Scotland.

Angela is regularly in court and has conducted many proofs, debates and hearings in the Court of Session in relation to personal injury and clinical negligence claims.  Examples are given below in the representative cases section.  She was instructed as lead counsel and has negotiated settlements in many multi-million pound actions. These have included catastrophic brain injury cases which involve 24-hour care and reduced life expectancy.

Angela spent four years as a full time Advocate Depute and thereafter Senior Advocate Depute for the Crown, conducting complex and serious High Court criminal trials, Criminal Appeal Court cases and appeals in the Judicial Committee of the Privy Council. Angela was appointed as an ad hoc Advocate Depute in 2017.

In 2013, Angela was appointed as a Legal Member of the Police Appeals Tribunal, recently taking the role of Chair of the Tribunal.

In addition to the above, Angela has been pivotal as counsel arguing cases which have sought to extend the law of liability for sexual abuse. She has been instructed in complex harassment cases. She has also been lead counsel in claims which sought to develop the law in relation to Article 2 claims under ECHR. She was instructed for the International Oil Pollution Compensation Fund in the well-known “Braer actions”. Additionally, she has experience in commercial actions, contractual disputes, judicial review and variation of trust petitions in the Inner House and Outer House.

Angela has successfully completed courses in arbitration and mediation on the School of Law LLM Dispute Resolution. The arbitration courses taken led to Angela obtaining Fellowship of the globally respected Chartered Institute of Arbitrators.

Angela joins a growing team of Law School academics who teach in the dispute resolution area, including her colleague at the Bar, Professor David Parratt QC, FCIArb.