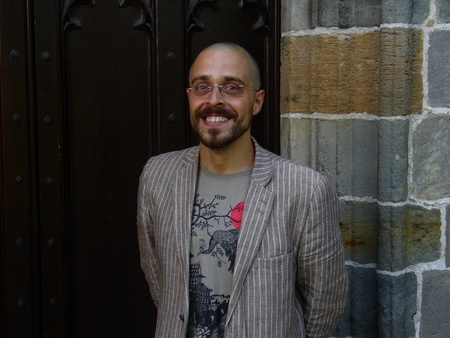 Dr. Justin Borg-Barthet's article cited in an Opinion of the ECJ's Advocate General with regards to the rights of spouses in same sex marriage.

An article by our very own Dr Justin Borg-Barthet has been cited in an Opinion of the ECJ’s Advocate General Wathelet concerning the rights of same-sex spouses in the EU.

In his Opinion in Case C-673-16 Coman, delivered on Thursday 11 January,  Wathelet recommends that the term ‘spouse’ should be interpreted to include spouses of the same sex, even in States which do not open up marriage to same-sex couples.  This would mean that discrimination against same-sex couples would be eliminated in respect of free movement throughout the EU’s 28 Member States.

The Advocate General cites Dr Borg-Barthet’s research in support of his findings that legal and social developments in Europe require the concept of ‘spouse’ to be interpreted independently of sexual orientation (‘The Principled Imperative to Recognise Same-Sex Unions in the EU’ (2012) Journal of Private International Law, 359-388).
Opinions of Advocates General provide the ECJ with possible solutions to cases.  They are not binding on the Court, but are followed in a plurality of cases.  Dr Borg-Barthet argues  on Twitter that, if the Opinion is followed by the Court, “this could be a defining moment for #LGBT rights, and #humanrights generally, in the EU”.