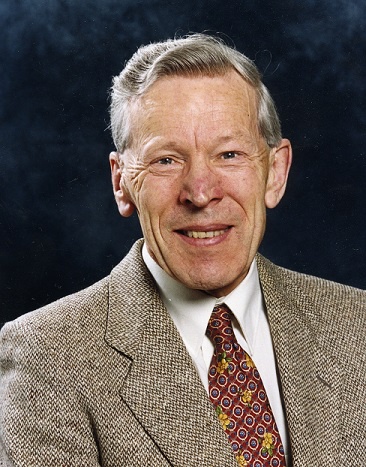 We are deeply saddened to hear that Howard Marshall, Emeritus Professor of New Testament Exegesis at the University of Aberdeen, passed away on Saturday 12 December 2015.

Howard was both a respected and a beloved figure in the University where he had taught from 1964 until his retirement in 1999.  During that time, he grew from a young academic to one of the leading biblical scholars of the 20th century, the author or editor of at least 38 books and over 120 essays and articles. Such was his reputation that dozens of doctoral candidates came to study under his supervision, often at their own expense; many of these have gone on to important and influential careers of their own, either in the academy or in the church. The continuing success of Aberdeen to recruit large numbers of high quality PhD students in Divinity is in no small part the legacy of Howard’s reputation and activity. Even after his retirement, he continued to produce high quality research and to involve himself in the life of the academic community in Aberdeen, regularly attending research seminars and lectures. He also continued to be involved in the Tyndale Fellowship, based at the University of Cambridge.

For all his eminence in the field, Howard remained a gracious and unassuming figure, one who remained deeply committed to the Methodist Church of which he was part. While we at the University of Aberdeen are saddened by our loss, we are mindful too that the community of the Crown Terrace Methodist Church will also be grieving this week, as will Howard’s family. Stories of his warmth, humour and faith abound among those whom he taught and supervised, and the sense of loss felt this week at the news of his passing is as much occasioned by such memories as it is by the awareness that the world of scholarship has lost a great figure. For all our sadness, however, we are able to rejoice at what the life of Howard Marshall involved and achieved: treasures that will not rust or spoil.