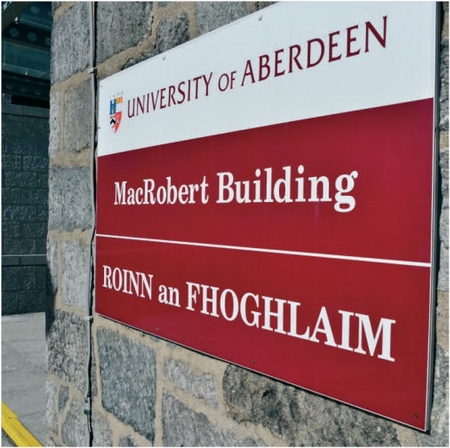 A project to develop an international world-leading framework for the teaching and learning of Scottish Gaelic is being launched at the Universities of Glasgow and Aberdeen.

The project is part of the Soillse research network, the National Research Network for the maintenance and revitalisation of Gaelic language and culture.

The project, Comasan Labhairt ann an Gàidhlig (CLAG) / Gaelic Adult Proficiency (GAP), will ensure that Gaelic adult learners are provided with a crucial resource on par with those for other European languages, including English, Dutch, and Irish.

CLAG is linked to the Common European Framework of Reference for Languages (CEFR), and will describe proficiency scales in Gaelic from beginner to advanced level. It willalso be used by language teachers and learners alike to gauge language learning and ability in spoken Gaelic.

The framework will help to maximise the number of Gaelic learners reaching fluency by providing clear learning targets, and helping them identify areas in which their spoken Gaelic skills can be improvedIt will also be aligned with existing Scottish Qualifications Authority qualifications, and will draw on a wealth of research previously conducted for Gaelic and other European languages.

This new project builds on the existing knowledge-base of the Gaelic adult learner sector in the Soillse network and will have significant impact for adult learners and teachers of Gaelic." Dr Michelle Macleod

Led by Professor Roibeard Ó Maolalaigh and Nicola Carty, both from the University of Glasgow, and members of Soillse at the University of Aberdeen, Dr. Michelle Macleod and Dr. Marsaili MacLeod, the project will run for three years, supported by the Scottish Funding Council and Bòrd na Gàidhlig.

Rob Ó Maolalaigh, Professor of Gaelic at the University of Glasgow said: "CLAG will be the first empirically derived framework to provide an objective means of describing Gaelic spoken language skills and will provide a much-needed scientific framework upon which new effective pedagogical resources can be created."

Michelle Macleod, Senior Lecturer in Gaelic and Soillse Co-Director at The University of Aberdeen said: "We are delighted to be working with colleagues in the University of Glasgow on this exciting research project and are grateful to the Scottish Funding Council and Bòrd na Gàidhlig for their support.  This new project builds on the existing knowledge-base of the Gaelic adult learner sector in the Soillse network and will have significant impact for adult learners and teachers of Gaelic."

Bòrd na Gàidhlig said: "Information is currently being sought from learners on their needs to support them on their journey to Gaelic fluency, which will inform this project and future projects. Discussions with learners and tutors have indicated the need for developing such a resource which will help with forward planning of classes and allow learners to engage in self-assessment of language skills. The resource will sit within a suite of resources envisaged in the strategy currently being developed by the Bòrd and other national partners."