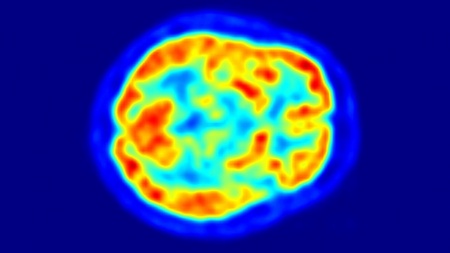 A European shortage of scientists who can use special imaging techniques that could speed up and reduce the cost of life-saving drug development is to be tackled by a new £3.1million (Euro 4m) training scheme led by the University of Aberdeen.

The average cost of developing a new drug, from initial discovery to consumable treatment, is around $2.6bn and takes around 10-15 years. The failure rate is high – with only 0.01% of initial drug candidates successfully making it to market.

Many drugs fail in the final stage of development (Phase 3) – the most expensive and final phase of testing a drug which involves recruiting and monitoring thousands of patients around the world.

PET imaging is most commonly used as a diagnostic technique – radioactive ‘tracer’ molecules are injected into patients and PET is used to observe the functioning of the body and identify signs ofabnormalities, such as tumours, Alzheimer’s disease and heart conditions.

But PET imaging can also be used to ascertain the effectiveness of a drug before it goes into Phase 3 of development, so could put the brakes on ineffective drugs earlier and before large amounts of money are spent on further testing.

However, there is a world shortage in scientists with the necessary expertise to become research leaders in this area.  All the major pharmaceutical companies use PET to develop drugs but the shortage means it is very difficult for companies and universities to recruit.

The PET3D project will cover all the main therapeutic areas - cancer, cardiovascular, dementia - and will train the next generation of experts in the field.

The University of Aberdeen, who opened the first PET Centre in Scotland in 1998, will be leading the project due to its long history of expertise and scientific excellence in the area.

Creating new drugs is hugely expensive, takes more than a decade and is generally an inefficient process. We aim to change that." Professor Matteo Zanda

“Creating new drugs is hugely expensive, takes more than a decade and is generally an inefficient process. We aim to change that,” explains project co-ordinator, Professor Matteo Zanda from the University of Aberdeen.

“Ideally we want to be able to tell if a drug is going to be successful as early as possible so we can stop its development and avoid investing more time, money and expertise into it. This is not happening currently.

“PET imaging is a very promising technology for answering all the questions that need to be answered during the drug development process thus making it more sustainable.

“The PET3D project will see us train the next generation of experts in the field and develop world class, innovative research using PET imaging to meet the needs of the market and academia.

“The University of Aberdeen is ideally placed for co-ordinating this prestigious project because of our excellent record and tradition in this area of research and this further strengthens our position of leadership in Europe in this field. “