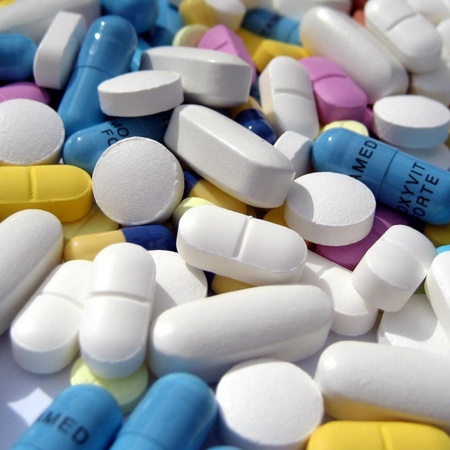 Participants are being sought for a new phase of a ground-breaking study into addiction to over-the-counter medicines, also known as non-prescription medicines.

Researchers at the University of Aberdeen have completed the first investigation of its kind in the UK into how common it is for people to be addicted to over-the counter medicines.

Niamh Fingleton, a PhD student in Academic Primary Care at the University of Aberdeen, has completed the first ever survey to measure the prevalence of addiction to medicines that are available without a prescription.  These include paracetamol, ibuprofen, codeine-containing painkillers and smoking cessation products.

Niamh said: “This is a completely new study.  No-one has ever looked at the prevalence of addiction to over-the-counter medicines in the general population before.  This is an important issue to understand because long-term continual use of some of these products can have physical and psychological consequences such as liver and kidney damage.”

The initial phase of the study included a UK-wide survey of the general population.  972 people received questionnaires asking about their use of over-the-counter medicines.  Of those that responded 2% said that they were currently or previously addicted to these medicines.  Within this group, one person was hospitalized due to stomach erosion which occurred as a result of their addiction to ibuprofen.

More than half of those addicted to over-the-counter medicines had not sought any help for their addiction.

Niamh added: “People who are addicted to these types of medicines may not seek help for many reasons – perhaps they are unaware of the potential dangers associated with these products because they are available without a prescription or don’t know where to seek help from. Others may not want to approach services which usually treat people who are addicted to illegal drugs. “

It's important that we understand what helps and hinders people to seek treatment so that seeking help is easier for others in the future." Niamh Fingleton

The next stage of the project is to understand what prompts people to seek help or avoid seeking help for over-the-counter medicine addiction issues.

Niamh said: “It’s important that we understand what helps and hinders people to seek treatment so that seeking help is easier for others in the future.  Previous research has found that self-treatment is often unsuccessful so it is important to use the help that is available.”

Niamh and her supervisors, Dr Catriona Matheson, Dr Margaret Watson and Dr Eilidh Duncan are now recruiting volunteers to participate in this new phase of the research.  They are hoping to recruit individuals who are currently addicted to over-the-counter medicines.  Volunteers will be asked to participate in a telephone interview and can remain anonymous if they choose.

Niamh said: “The continuation of this research relies on volunteers coming forward to take part and we are keen to recruit people in the UK aged 18 years or older who are currently dependent on or addicted to an over-the-counter medicine. We are also looking to recruit people who are currently receiving treatment for over-the-counter medicine dependence or addiction.”