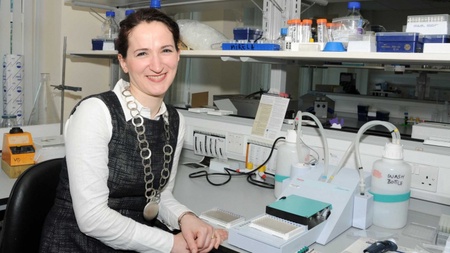 New substances derived from cannabis are being used to tackle kidney failure caused by diabetes, as part of a new research project led by the University of Aberdeen.

Approximately 40% of people with diabetes develop kidney failure (diabetic nephropathy) as a result.

The project, funded by Diabetes UK, will explore whether these synthetic cannabinoid compounds can be used to make the kidneys respond better to insulin.

Active ingredients in the cannabis plant are already known to have beneficial effects for treatment of a number of conditions such as rheumatoid arthritis.  They do this by acting on the body’s own endocannabinoid-system, which is made up of CB1 and CB2 receptors, with CB1 receptors found mainly in the brain, and the CB2 receptors in the other tissues of the body.

“CB1 and CB2 receptors are also found in the kidney cells with CB1 being increased in patients experiencing kidney failure due to diabetes (diabetic nephropathy) and CB2 being decreased in the same condition”, explains Dr Mirela Delibegovic.

There are already some cannabanoids used to treat inflammatory diseases like rheumatoid arthritis, so these compounds could be taken relatively fast from benchside to bedside." Dr Mirela Delibegovic

“New evidence suggests that to combat diabetes and its complications, we want to block CB1 receptors and activate CB2, and we think these novel compounds could allow us to do this.”

“Diabetic nephropathy can lead to patients requiring dialysis or renal transplantation, therefore identifying if novel cannabinoid compounds can be used to ameliorate this disease is of upmost importance. There are already some cannabanoids used to treat inflammatory diseases like rheumatoid arthritis, so these compounds could be taken relatively fast from benchside to bedside.”

The research team at the University of Aberdeen led by Dr Delibegovic, together with Prof Roger Pertwee and Dr Maria Cascio are collaborating with Bristol University who have given access to human cells from patients with kidney disease. The new cannabinoids will be used to see if they improve insulin sensitivity in these cells. The ones that show improvement in human cell lines will be tested in mouse models of diabetes.

The study coincides with World Diabetes Day on November 14, as organised by the International Diabetes Federation.

To mark the day, landmarks across the world are lit up with blue lights, and this year the University of Aberdeen’s King’s College will take part in the awareness campaign. In past years iconic buildings to take part have included Sears Tower in Chicago, the London Eye and Brisbane City Hall.