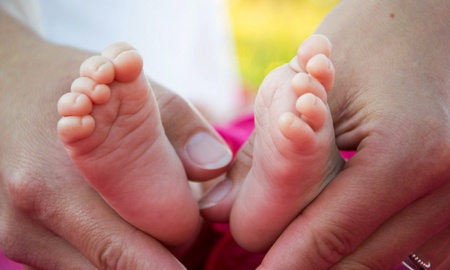 World-leading research from the University of Aberdeen has made a significant breakthrough in understanding a form of childhood motor neuron disease.

Professor Simon Parson, Chair in Anatomy at the University of Aberdeen, and colleagues at Edinburgh, Oxford and University College London, have, for the first time, shown that insufficient blood supply likely contributes to motor neuron loss in the childhood disease, spinal muscular atrophy.

In a paper published in Annals of Neurology, Professor Parson describes how his research suggests that expanding the focus beyond the nervous system to include the vascular system is important for developing effective treatments for the disease.

Spinal muscular atrophy (SMA), often described as a childhood form of motor neuron disease, is the most common inherited cause of infant death in the world and affects one in 6000 live births.  Also, known as floppy baby syndrome, SMA is usually diagnosed when infants fail to reach developmental milestones such as sitting unaided. In the most severe cases life expectancy does not exceed three years with the cause of death usually being respiratory failure.

This new information provides us with an entirely new avenue for research and the development of potential therapies for this devastating disease." Professor Simon Parson

Professor Parson said: “SMA presents itself like a motor neuron disease so research and treatment has been focussed mainly around protecting motor nerve cells.

“But, we have shown that in SMA, the blood vessels that course through every structure in the body are also severely affected. Importantly, this results in reduced delivery of oxygen to the body, including the motor nerve cells which die in SMA.

“This new information provides us with an entirely new avenue for research and the development of potential therapies for this devastating disease.”