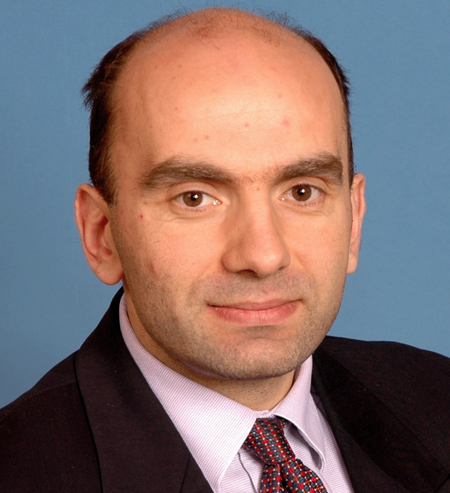 A University of Aberdeen professor whose pioneering work on DC grids using high voltage direct current systems is featured in a new book has been appointed as editor of a prestigious journal.

Professor Dragan Jovcic, of the University’s School of Engineering, has been selected to edit The Institute of Electrical and Electronics Engineers (IEEE) Transactions on Power Delivery journal - widely considered as the top international journal in electrical power engineering.

Professor Jovcic is regarded as a pioneer in research on DC transmission systems, and in recent years has won funding from the European Research Council to develop technology supporting the development of a subsea ‘supergrid’ in the North Sea to enable the transmission of power from renewable energy sources.

As a regular contributor and reviewer to the Transactions on Power Delivery journal, Professor Jovcic’s appointment is testament to his standing among his contemporaries.

“I was delighted to be invited by the current editor to take up the role,” he said.

The journal is one that professionals who work in this area are proud to have their work published in, and to be asked to take up the role of editor is a real honour." Professor Dragan Jovcic

“The IEEE is the world’s largest professional organisation for electrical engineering, and the Transactions on Power Delivery journal is one that professionals who work in this area are proud to have their work published in.  To be asked to take up the role of editor is a real honour.”

He explained: “The book is one of the first to systematically analyse the development of direct current transmission systems and covers the latest technologies as well as the key principles of design, control, protection and operation of future DC transmission grids.

“As well as drawing upon our research here in Aberdeen it also includes material from a course that we developed for engineers that we have run over the last two years, which is aimed at improving their knowledge of HVDC.

“As a result we produced a lot of valuable lecture notes that have been incorporated into the book, so as well as showcasing our research and providing guidance for practising HVDC engineers and graduate and research students worldwide, the book also provides teaching material that we will put to good use in future.”