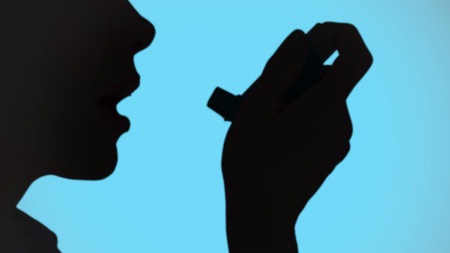 Ten-year-old children whose mothers' diets lacked vitamin D and E during pregnancy appear more likely to develop asthma, according to new research carried out at the University of Aberdeen.

The study also suggests the underlying cause of asthma may be an effect present at birth in cells lining the airways.

In one of two related studies lead by Professor Graham Devereux and Dr Steve Turner, maternal dietary deficiencies in vitamins D and E during pregnancy have been linked to increased asthma risk in school-aged children up to the age of 10 years.

In a separate group of mothers, the second study found that reduced maternal vitamins D and E was linked to how the cells lining the airways of newborn infants respond to dust and infection.

The results, published in the European Respiratory Journal and Clinical & Experimental Allergy examine the “dietary hypothesis” that was put forward by Professor Anthony Seaton more than 20 years ago and which proposed that changing diet was important to the increasing number of asthma cases in the UK at that time.

Professor Devereux, the Professor of respiratory medicine at the University of Aberdeen, says: “The SEATON cohort, named after its founder, is the longest running study designed to link mother’s diet during pregnancy to childhood asthma.  The importance of the ten year findings is that asthma symptoms often go away during childhood but the link with maternal diet which we saw in five year olds is still present at age ten, so the link is persistent.”

Speaking about the second study which examined the airway cells of newborns, Dr Steve Turner, a senior lecturer at the University of Aberdeen, says: “This is the first time anyone has looked at newborn children’s airways in this way.   We measured mothers’ vitamin D and E levels in early pregnancy and subsequently studied the cells that line the airways of their newborn children’s nose to see how they react to different substances.

“It’s impossible to say if a one-day-old baby has asthma or not but we understand how the cells of people with established asthma behave in a laboratory setting. In this case the newborn children whose mothers had the better diet seemed to behave less like an asthmatic airway.

“We plan to revisit these children in later life to see if these results are associated with the development of asthma.”

This is the first time anyone has looked at newborn children's airways in this way. " Dr Steve Turner

After their children were born, researchers took small swabs of cells from the inside of the babies’ noses and grew them in the laboratory.

Vitamin E can help protect against heart disease, cancer, age related eye damage and is thought to be an important growth factor for airway cells. It is found in a variety of healthy foods such as green vegetables, nuts, grains and seeds.

Vitamin D is primarily gained from exposure to sunlight, though small amounts are found in fatty fish, egg yolks, some types of mushroom and beef liver. It is considered to be an important factor in the development of the immune system.

Dr Turner adds: “Our work aims to explore whether or not there is a definite link between mothers’ diets and their children’s chance of developing asthma.

“If we find that higher vitamin D and E levels are associated with better airway cell function, it would suggest a connection between a good maternal diet making for a better set of lungs and therefore a reduced risk of asthma.

“This study is just a small step towards proving mums’ diets actually do matter and it does influence what’s happening with the unborn child. But this is a complicated subject because people’s diets are so closely linked to their lifestyles, so there are a number of other factors that could influence their children’s health.

“The next step will be to do a proper trial where we ensure that mother’s diets are not deficient in nutrients during pregnancy and follow up their children.”

Dr Samantha Walker, Director of Research and Policy at Asthma UK, a key funder of some of the research, said: “Due to years of underfunding for research, asthma remains a relative mystery and so it’s very exciting to discover new avenues for investigation. Asthma UK’s initial investment in this research programme has helped increase our understanding of the relationship between diet, vitamins and the development of asthma. Ultimately we hope this will help us develop new and better treatments for the 1 in 11 people with the condition, including more than 1 million children.”