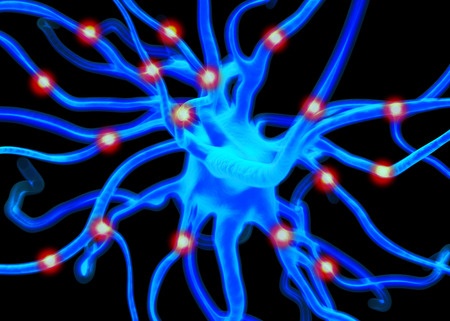 A University of Aberdeen researcher has secured £15,000 of funding from Alzheimer's Research UK, the UK's leading charity funder of dementia research, to delve deeper into the causes of Alzheimer's disease and highlight new targets for treatments.

It is caused by diseases, such as Alzheimer’s, which damage nerve cells and lead to a breakdown in vital communication in the brain. Unfortunately, current treatments only go as far as boosting nerve cell communication and alleviating some symptoms. No drugs can halt nerve cell damage and rescue brain health. Researchers desperately need to understand the molecular chain of events that leads to nerve cell damage, to make progress in tackling this huge medical challenge.

Dr David Koss, a Research Fellow at the University of Aberdeen, has secured £15,000 from Alzheimer’s Research UK to tackle this challenge head-on. In work getting under way this month, Dr Koss will zero in on why nerve cells die in Alzheimer’s disease.

At the turn of the 20th Century, a researcher revealed that the build-up of abnormal proteins is a key feature of Alzheimer’s disease. Yet over 100 years on, despite increased understanding of many other aspects of the disease, we still don’t fully understand how nerve cells die and how to stop it. Dr Koss is investigating the biological processes triggered by these incorrectly made proteins.

We needed this funding boost to add some more pieces to the complex puzzle of Alzheimer's disease. It is only through gaining a clearer picture of the molecular changes that take place in the disease that we'll be able to slow or stop it in its tracks." Dr David Koss

In healthy cells, incorrectly made proteins activate a defence mechanism to prevent damage and promote cell survival. However, in Alzheimer’s, it seems that this process goes awry. Instead of the cell having time to ‘re-group’ and fix these abnormal proteins, cell death is triggered. Dr Koss wants to reveal more about this process as it may reveal clues about how to halt cell death and help keep the brain healthy.

About the funding, Dr Koss said: “We needed this funding boost to add some more pieces to the complex puzzle of Alzheimer’s disease. It is only through gaining a clearer picture of the molecular changes that take place in the disease that we’ll be able to slow or stop it in its tracks.

"I’ll use generously donated brain tissue to learn more about how nerve cells die in Alzheimer’s – the biological step that underpins the symptoms people experience. We know that there are drugs in development targeting these key processes in other diseases like cancer and diabetes, so it is important that we highlight new approaches where existing drugs could be used to tackle dementia.”

Dr Emma O’Brien from Alzheimer’s Research UK, said: “Dementia is an incredibly complex condition, caused by diseases that attack the brain and rob people of memories and independence.

"Alzheimer’s Research UK is committed to funding pioneering research that sheds new light on the causes of disease like Alzheimer’s, so that we can develop treatments to halt the devastating spread of damage through the brain. It is a long road from eureka moment in the laboratory to a drug in the clinic, but by investing in research at every stage of this process, we will find a way to help all those affected by dementia, including 3,000 in Aberdeenshire alone.”