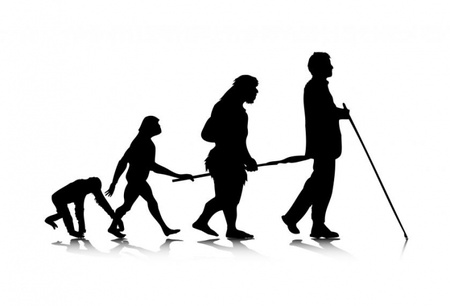 Back pain is a one of the most common health issues for humans, yet the causes of many back problems are still unknown. For decades, scientists have suggested that there may be a link between walking upright and back problems, since humans are more commonly afflicted with back pain than other primates, including our closest relatives, the chimpanzees.

They have found that those with lower back problems are more likely to have a spine shape similar to that of our closest ape ancestors, identifying for the first time that the way in which we evolved plays a critical role in this painful complaint.

Kimberly Plomp, a postdoctoral researcher in the Human Evolutionary Studies Program at Simon Fraser University, has studied ancient human bones for signs of disease and injury for the past seven years.

“Evidence of injury and disease on human skeletons provide archaeologists with valuable insight into our ancestors’ health and lifestyles and can provide a lot of information about the health of a person or a population,” says Plomp, who is working with Professor Mark Collard of Simon Fraser University and the University of Aberdeen.

Plomp continues: “We found that some characteristics of human vertebrae differ in shape between those individuals that have a lesion called a Schmorl's node – a small hernia that can occur in the cartilaginous disc between the vertebrae.

“The humans that have Schmorl's nodes tend to have a shape that is statistically indistinguishable from chimpanzee vertebrae.

“Humans and chimpanzees split from a common ancestor about 8-9 million years ago, and at some point after that split it is thought the human lineage evolved to be bipedal, moving on two rear legs, while the chimpanzees evolved to be knuckle-walkers.”

The findings not only have potential clinical implications but also demonstrate the benefits of using the theories and methods of evolutionary biology and bioarchaeology to bear on modern health issues." Professor Keith Dobney

The team used two-dimensional shape analyses of the vertebrae (the bones that form the spine) of chimpanzees, orangutans and archaeological humans to investigate the relationship between vertebral shape, upright locomotion and human spinal health.

“As evolution occurred our vertebrae would have changed as we evolved from using some form of quadrupedal locomotion, using four legs, to bipedalism, using two legs.

“However evolution is not perfect and some vertebral characteristics, such as the ones we identified as being similar to chimpanzees, may have remained within the human ‘blueprint’ and result in some people having vertebrae that are less able to withstand the pressures of bipedal walking.

“In short, our study suggests that the pathological vertebrae of some people may be less well adapted for walking upright”.

The team has called this the ‘ancestral shape hypothesis’ and plan to undertake further investigations using 3D shape studies of ancient and modern human and primate vertebrae, and include other spinal diseases, such as osteoarthritis.

“The findings not only have potential clinical implications but also demonstrate the benefits of using the theories and methods of evolutionary biology and bioarchaeology to bear on modern health issues” added Professor Dobney.