Is an independent Scottish electricity system good for renewable energy and Scotland?
04 December 2013 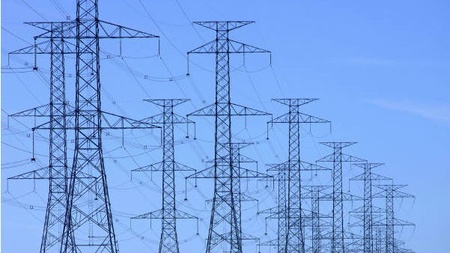 An analysis of the effect of recent UK government policy decisions on nuclear energy suggests that Scottish consumers could face lower prices in an independent Scottish electricity system.

A collaboration of five academic experts from different UK universities have studied the effect of two new policy developments at Westminster on the Scottish renewables industry, and the consequent impact on prices for electricity consumers in Scotland as part of the UK, and as an independent Scotland with its own separately managed and financed electricity system.

The Scottish Government is set against nuclear power plant being given planning consent on Scottish soil, and has ambitious targets to supply 100% of electricity consumption in Scotland from renewable energy by 2020.

At the beginning of 2013 the group had published a paper on the prospects for renewable energy in the context of the debate about Scottish independence (Toke et al 2013). The conclusion at that time was that it would likely be rather more expensive to reach the Scottish Government’s renewable energy targets in the case of an independent Scotland as opposed to Scotland remaining within the Union, and this would push up electricity prices for Scottish consumers.

The research project Delivering Renewable Energy Under Devolution (DREUD) was funded by the UK’s Economic and Social Research Council (ESRC) from 2011-2013 and conducted by Cardiff University, University of Birmingham, Queens University Belfast, and Robert Gordon University.

If operating an independent system, Scotland would be free to set its own incentives for development of offshore and onshore renewable schemes." Dr David Toke

However since the paper was published there have been significant developments in UK energy policy. As a result the authors have changed their conclusions with respect to the prospects for renewables – and consequently prices - in the case of Scottish independence, or ‘devo plus’ circumstances, where Scotland has an independently managed and financed electricity system.

Their new report has looked at the implications of the UK Government’s recent decisions on new nuclear power and Electricity Market Reform for the prospects of renewable energy in Scotland.

Dr David Toke, Senior Lecturer in Energy Politics previously University of Birmingham and now Reader in Energy Politics University of Aberdeen, is lead author of both reports. Dr Toke explains:  “Two new factors radically change the context of our earlier analysis. On October 21, the UK Government announced a ‘deal’ for a new twin nuclear reactor at Hinkley C, and possibly a second twin reactor at Sizewell C. This will increase prices for UK consumers for over 30 years. However this increase would not have to be paid by consumers in an independent Scottish electricity system.

“The second development is that in June 2013 the UK Government announced incentive levels and terms for renewable energy from 2017/18 as part of its Electricity Market Reform (EMR). The level of these incentives seem unlikely to support major deployment of Scottish offshore renewable resources. The incentives for offshore wind and also tidal stream and wave power payable from 2018 under EMR have been significantly reduced, and they are critical for offshore wind schemes in deeper waters. If operating an independent system, Scotland would be free to set its own incentives for development of offshore and onshore renewable schemes. Furthermore the cost of these and other technologies such as solar pv is likely to reduce, while English and Welsh consumers are still paying premium prices to support the new nuclear power stations.

“We previously argued that that, relative to remaining with the Union, Scottish Independence could substantially increase the cost to Scottish consumers of achieving its renewable energy targets. However, having reviewed the impact of the Government’s recent decisions on nuclear power and incentives for renewables, we believe that this is no longer the case. Moreover, the notion of Scotland having its own renewable energy support mechanism (and indeed its own electricity market arrangements) is no longer necessarily detrimental to the prospect of renewable energy in the long term. On the contrary, on the basis of the evidence we have considered, we believe that Scotland’s renewable energy programme would now benefit from having an independent electricity system and support arrangements for supporting non-fossil fuel sources of electricity.”