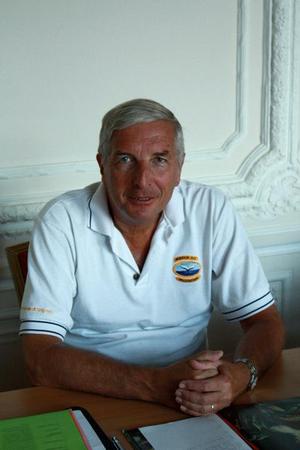 A new multinational research project launches in Brussels this week to gather and share research on political and social transformations in the Arab world.

Arab-Trans is an international research project which is part of the FP7 programme funded by the European Commission. The value of the project is €2.5million.

The aim is to study and compare beliefs, values and behaviour relating to political and social transformation in seven Arab countries, through the use of comparative sample surveys. The countries included are Morocco, Algeria, Tunisia, Libya, Egypt, Jordan, and Iraq.

The project is being led by the University of Aberdeen in Scotland, under the direction of Project Coordinator and Principal Investigator Professor Christian Haerpfer.

Explaining the background to the project Professor Haerpfer said: “Since January 2011 the Arab world has been undergoing a historical process of rapid and deep change of its political and social structures. This process of political transformations shows some striking similarities with the political revolution in post-Communist Europe and post-Soviet Eurasia in the period between November 1989 when the Iron Curtain fell, and December 1991 which saw the end of the Soviet Union.

“The main task of this project is to provide a scientific comparison of political, social and economic transformation or stability in these seven Arab countries. We believe this will provide a valuable and unique source of comparative data which builds on previous knowledge and will be of immense value to the European Union and those within it who are charged with developing policy.”

The launch of Arab-Trans on June 6 at the Scotland-Europa conference hall in Brussels will bring together policy-makers, stakeholders and academics, to share understandings of the current situation in the Arab region, and hear from research teams based in each of the countries in the study.

As part of its work the project will identify the factors which triggered the political and social transformations in the Arab world since January 2011, monitor the evolution and pathways of political and social change in the seven countries being studied, look at the specific role of young people in those countries, study the impact of the Arab revolution on the role of the European Union in that region, and compare future trajectories of social and political transformations within countries over time, and between different countries.

The project will also help to create a common research area across the European Union’s southern neighbourhood in the south and south-eastern Mediterranean area, where many of these countries have previously not been included in international research programmes.

The University of Aberdeen has been involved in European projects since Framework 3 and to date has been successful in participating in more than 600 grants funded by the European Commission.

In addition to being Director of the University’s European Centre for Survey Research, Professor Haerpfer is Director of the 'New Democracies Barometer'/ ‘Eurasia Barometer' and member of the Steering Committee of the Global Barometer Survey Group, which is the worldwide organisation for comparative social science large-scale quantitative surveys.

Other partners in Arab-Trans include: