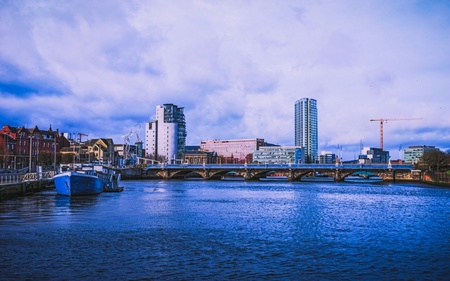 The UK's exit from the EU has plunged Ireland's all-island energy market into a democratic deficit with decisions on Northern Ireland's energy supply no longer in the hands of its citizens and government, new research has shown.

The cross-border Single Electricity Market (SEM) was introduced in 2007 to regulate energy arrangements across the island of Ireland. A UK-Irish creation, it delivers substantial benefits for consumers by incorporating the grids of both Northern Ireland and the Republic of Ireland to promote competition, lower energy costs and improve security of supply on both sides of the Irish border.

While Northern Ireland has been free in principle not to follow EU rules as part of a post-Brexit UK, it has been compelled by both EU and British negotiators to align with them in order to keep the SEM functioning.

Now independent research conducted by energy and constitutional experts has found that while the Republic of Ireland can influence and shape the EU rules on energy markets across the island as part of its EU membership, Northern Irish citizens have no voice in how their energy provision is managed.

Lead author of the report Dr Thomas Muinzer, senior lecturer in Energy Transition Law and co-director of the Centre for Energy Law at the University of Aberdeen, said: “The impact of Brexit on these complicated cross-border energy arrangement has been largely overlooked but Northern Ireland is operating under a substantial democratic deficit when it comes to energy matters.

The assumption is that because energy is devolved the Northern Irish Government and Parliament have a lot of control in this area but our research shows this assumption is wrong." Dr Thomas Muinzer, senior lecturer in Energy Transition Law and co-director of the Centre for Energy Law

“The assumption is that because energy is devolved the Northern Irish Government and Parliament have a lot of control in this area but our research shows this assumption is wrong. Broad energy controls are devolved to the Northern Irish on the face of it, but in reality the country has been compelled to align with the EU rules in order to keep the SEM functioning and that means the devolved institutions have not directly negotiated or approved these imposed arrangements.”

With the energy crisis and soaring bills hitting households hard, and the UK and EU currently working to renegotiate their relationship in light of complications related to the Irish border, the report puts forth a series of timely recommendations to policymakers geared towards ensuring a healthy, functioning and coherent SEM. These include establishing a set of rules common to the whole island of Ireland.

“Directly elected representatives and governance institutions in Northern Ireland, like the Republic of Ireland, the rest of the UK and the EU, have a right to participate in the running of their energy market,” added Dr Muinzer.

“On grounds of equitable justice, the capacity for the Northern Irish institutions to exercise the jurisdiction’s democratically devolved energy competence should be reviewed by the UK, the Republic of Ireland and the EU, and with strong input from Northern Irish political representatives, so that an adjusted version of the current rules can be put in place that closes the existing democratic deficit gap substantially for Northern Ireland and corrects the associated injustices surrounding it.”