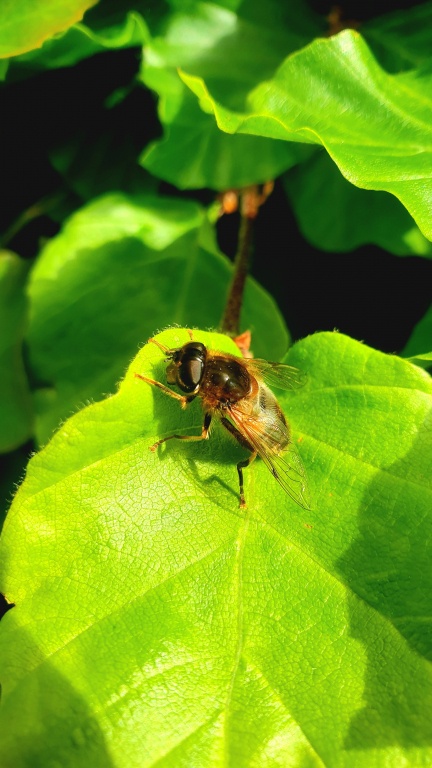 Current UK conservation policies fail to protect important insect species such as bees which 'are vital for our everyday lives and future existence', according to new research from the University of Aberdeen.

Love them or loathe them, insects provide a wealth of daily resources, from chocolates to cold remedies but researchers Natalie Duffus and Dr Juliano Morimoto warn that current conservation policies are falling short of protecting them from the threat of extinction.

Published in Biological Conservation today the researchers assert that current policies are biased and ineffective and are failing to protect a large portion of insect biodiversity in the UK and Ireland.

The team analysed key conservation policies already in place and found that some groups of insects including butterflies and moths were more stringently protected than others, such as flies and bees, species that are known to be equally important and which have undergone recent known extinctions in the UK and Ireland.

Natalie Duffus, the lead author who is currently a Natural Environment Research Council doctoral trainee at the University of Oxford but completed the research while an undergraduate at the University of Aberdeen, explains: “Insects fulfil a range of vital roles in the ecosystem, including pollination, pest control, and decomposition.

Unfortunately, data shows that some insect species are declining. This could have a direct impact on the roles insects play in our societies." Natalie Duffus

“These services are important not only for maintaining healthy ecosystems, but also for a range of human needs, for example crop pollination by insects contributes directly toward food security.

“Unfortunately, data shows that some insect species are declining. This could have a direct impact on the roles insects play in our societies.

“Policies such as those evaluated in our study are the strictest way in which protection can be enforced. However, our study shows that these policies are failing in doing their job by being biased and not accounting for the breadth of insect biodiversity.”

The study evaluated current conservation policies in the UK and Ireland including the Wildlife and Countryside Act 1981, Wildlife Order 1985 and Wildlife Act 1976. It found that insects were largely overlooked when compared with the protection to mammals.

Natalie added: “We hope our findings will stimulate policy revisions and amendments and fuel the push for better initiatives for insect biodiversity.”

Research Fellow at the University of Aberdeen and Project Lead Dr Juliano Morimoto said: “This research is vital as it shows our policies are failing to protect the majority of insects, and those insects that are protected, may not be the ones in most need. Our study reveals this major gap in our legislation and is likely to reflect a global pattern. Such policy gaps, if overlooked, can have catastrophic damage to the sustainable future of our societies.”