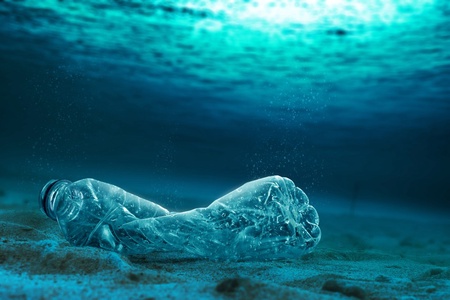 Three entrepreneurs from the University of Aberdeen are through to the semi-finals of Scotland's largest company creation initiative.

Cat Burroughs, Lisa Rossi and Charlie Wilson have been named as three of the top 90 academic entrepreneurs in the academic company creation programme Converge. Split into four challenge categories – Converge, Creative, Impact and KickStart - the programme supports students and recent graduates and aims to deliver a new generation of entrepreneurs.

In the Creative Challenge category, Computing student Cat Burroughs designed GamerMate, a web-based dating application designed by and for the gaming community. Moving away from personality quizzes and biographies, users instead play a retro computer game to generate a model of their traits which is then passed through an algorithm to match with similar or opposite users. The Creative Challenge celebrates aspiring entrepreneurs with original ideas that have the potential to be developed into sustainable businesses in Scotland’s creative industries.

Cat said: “Working with an amazing team to see my idea become a reality has been the most rewarding part of my studies so far. I can't wait to develop it even further through Converge and I'd like to thank all those who have enabled me to get GamerMate this far."

In the Converge Challenge category, which celebrates high-calibre, innovative projects with serious growth potential, Chemical Engineering graduate Lisa Rossi was nominated for designing new software that tackles noise-induced hearing loss faced by many workers in the manufacturing, oil and gas and construction industries. Lisa’s SoundOFF software uses machine learning to create a safe and productive working environment, allowing users to select which sounds to hear such as speech and warning signals, whilst eliminating unwanted machinery noise.

Charlie Wilson from the University’s Research and Innovation team was nominated in the KickStart category for his SEACLEAN initiative that aims to collect plastics discarded in seas and rivers and recycle them into usable materials for use in industry worldwide. The KickStart Challenge category is the first step towards commercialisation for early-stage business ideas.

Commenting on his project, Charlie said: “It is estimated that between 8.5 million and 14 million tonnes of plastics are dumped at sea worldwide every year. The global impact is immeasurable, but SEACLEAN can make a significant impact by recycling all collected debris into many products, such as useable plastic bricks for the construction industry, as well as cash in on the high scrap values for metal waste.”

The trio are in contention to win the top prize of £50,000 and runners-up prizes of £20,000, along with post-programme support and five days of bespoke business training.

The winners will be announced at the Converge awards ceremony in September.

Dr Claudia Cavalluzzo, Director of Converge, said: “I’m always amazed at the inventiveness and creativity of the projects coming through Converge and, despite the difficult times we’re experiencing, this year is no exception.

“Starting a business right now might seem counterintuitive. However, as the history books show, difficult business environments can offer rich opportunities with moments of crisis serving as a powerful impetus for innovation.

“We can’t wait to get started and would like to congratulate all our semi-finalists on getting through to this stage.”