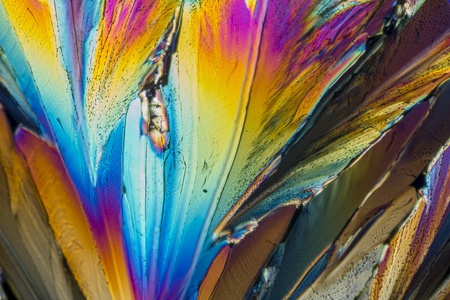 Researchers from the University of Aberdeen's Department of Chemistry have been awarded two prestigious New Horizons grants from the Engineering and Physical Science Research Council (EPSRC).

The New Horizons programme has allocated almost £25.5 million of funding to 126 mathematical and physical sciences projects throughout the UK and will support two ambitious projects at the University with a combined total of £326,000 in funding.

Led by Professor Abbie McLaughlin and Dr Eve Wildman, the first project aims to observe the phenomenon of Many Body Localisation (MBL) in a chemical compound for the first time.  So far, MBL has only ever been observed in so-called ‘ultracold atoms’ when atoms are maintained close to absolute zero, at which stage their quantum mechanical properties become important.  A breakthrough in this area could result in the design of new quantum technologies such as computers with superior algorithmic capabilities.

“If successful, this research could result in the design of new quantum technologies, such as advanced quantum computers and sensors, which would have major benefits in sectors such as healthcare, aerospace, transport, finance, and telecommunications.”

The New Horizons programme is designed to support high-risk, transformative research and these projects highlight the innovative and impactful research being undertaken at the University." Professor Abbie McLaughlin

The second project, led by Professors Corrie Imrie and John Storey, will investigate a new liquid crystal phase which could transform the LCD industry and lead to the next generation of LCD screens for televisions and computer monitors.

Professor Corrie Imrie said: “The ferroelectric nematic liquid crystal phase is a new type of liquid crystal that was first predicted to exist over a century ago but has only now been discovered. Our aim is to develop new materials that may be used in a wide range of applications.

“We all use liquid crystal displays in our televisions, computer monitors, tablets and phones. This research could lead to the next generation of extremely fast switching LCDs operating at lower power, improving their performance and environmental impact. This has the potential to transform the LCD industry.”

Professor McLaughlin, Director of Research for Chemistry, added: “The New Horizons programme is designed to support high-risk, transformative research and these projects highlight the innovative and impactful research being undertaken at the University. They have the potential to revolutionise technology that plays a vital role in our society and I’m looking forward to driving this research forward.”