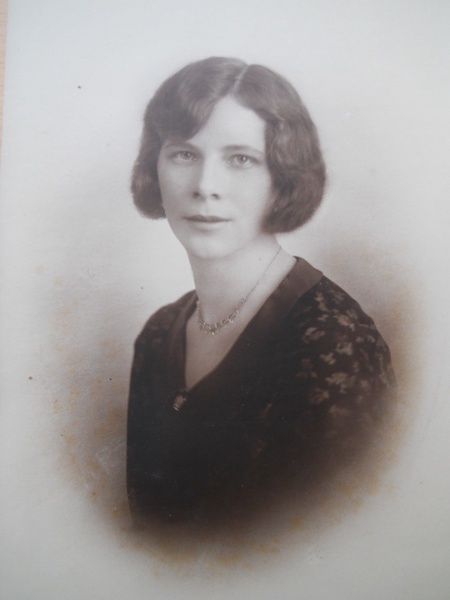 The stories of more than 100 Scots who left their homeland in search of a new life abroad can now be heard in their own words.

For almost two decades Professor Marjory Harper has been gathering oral testimony from individuals and families who have emigrated from all parts of Scotland since the early twentieth century. In 2018 their global experiences were published in her book, Testimonies of Transition: Voices from the Scottish Diaspora.

Recently, thanks to a grant from the Strathmartine Trust, she has been able to work with the BBC’s sound engineering department to create an audio version of the book, enhancing the original recordings, and filtering out background noise to ensure voices can be clearly heard.

Professor Harper, who is based in the Department of History at the University of Aberdeen, has interviewed Scots on five continents, in a bid to understand the motives of those who left, and what life was like for them as they adjusted to their new environments.

She says that making the book available in the actual voices of the interviewees adds an extra dimension which does not exist in print.

“We can hear immediately, for example, whether emigrants have retained or lost their accents and dialects. For the first time people can also appreciate - from the rhythm and tone of voice - the adventurous spirit, and occasionally the anguish, of those who took this momentous step, as they recall why they made the journey, their first impressions when they arrived, and how they adapted or integrated as time went on.”

The interviews cover emigrants who left Scotland between 1923 and 2005. They include the voices of some who participated in the most significant waves of Scots departures, those who belonged to the two post-war generations.

According to Professor Harper: “Stories like Morag’s tell us much about life in Scotland during this period, as well as about the countries and communities to which the emigrants were going.

“She departed Scotland in 1923 - a peak year for emigration - when more than 89,000 people left to seek new lives overseas.”

“Their decisions were made against the backdrop of socio-economic crisis in the aftermath of the First World War, unemployment in Scotland’s heavy industries, and - in the Western Isles - the spectre of famine, coupled with disillusionment at the lack of promised land reforms. At the same time active work by recruitment agents, letters from family and friends already overseas, and the financial assistance provided by unprecedented government subsidies persuaded many that a better future lay elsewhere.”

For 10-year-old Morag Bennett, the over-riding sentiment was one of excitement. She remembered the ‘huge’ icebergs that she saw during the two-week Atlantic crossing, and the novelty of indoor plumbing in their state room. “We never had running water in Benbecula”, she recalled. “It was just a well, and we didn’t know what the bowl and the taps and all these sort of things were.” Life on the prairie was equally exciting, but eight decades on, she admitted that her parents had been daunted and depressed by the extremes of the climate and a land-locked environment that was so different from the Hebrides.

Agnes MacGilvray, from Whithorn in the south-west Borders, was another interviewee whose testimony was infused with recollections of fun and adventure. In conversation three weeks before her 101st birthday, Agnes described how in 1930 she had been persuaded to go to New York by a friend whose cousins in the US had painted a glowing picture of better wages and working conditions.

Agnes spent nine years as a live-in domestic help, moving around various jobs in a way that did not entirely meet the approval of her brother back in Scotland. As she recalled, after updating him with a new address, “he wrote back and said, ‘What are you playing at? This is the fourth address you’ve had in two years.’ But for Agnes work was a means to an end and that end was to have fun, which meant people-watching on Broadway and going to as many shows as she could afford. After coming off duty at 10 pm, “you could do as you liked because you got your key. Well, I went to more musicals and more theatre and more everything”, she recalled with glee.

The stories told by the emigrants offer a rich resource about the motives, experiences, identities and inner lives of a diverse range of individuals who throughout the twentieth century became part of the worldwide - and ongoing - Scottish diaspora.

The audio book is available here