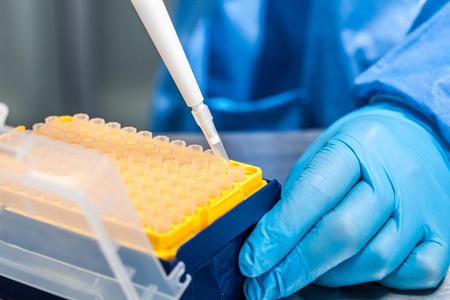 A treatment for gout presents no increased risk of cardiovascular events for patients compared to an older alternative, a major new study has found.

Investigators at the Universities of Dundee, Glasgow and Edinburgh, in collaboration with the University of Aberdeen, compared the cardiovascular safety of allopurinol to the more modern febuxostat in over 6,000 patients between 2011 and 2019.

The Febuxostat versus Allopurinol Streamlined Trial (FAST) found no significant difference in the number of events such as heart attacks, strokes and cardiovascular causes of death between the two treatments. The findings have been published today in The Lancet.

“FAST should allay any fears that doctors treating gout may have had about using febuxostat”, said the University of Dundee’s Professor Tom MacDonald, chief investigator.

“Febuxostat is not currently recommended as a treatment for patients with pre-existing cardiovascular disease, but our research has found no difference in cardiovascular events or mortality between it and allopurinol.

“Following our findings, we believe that medicines regulators should now remove the warnings about risks of death with febuxostat.”

Gout is a form of arthritis that causes sudden and severe pain in a person’s joints. It is the most common type of chronic inflammatory arthritis, affecting 2.5% of adults in the United Kingdom. The number of people affected is rising worldwide, with men more frequently affected than women.

Allopurinol has been the first line urate-lowering drug used for the treatment of gout for more than 50 years, however, febuxostat is a more recently developed, potent, and more selective non-purine xanthine oxidase inhibitor which is effective and cost-effective as a second line urate-lowering drug. Because it is metabolised in the liver it is often preferred for treating patients with gout who have impaired kidney function.

However, because of lingering concerns about the possibility of increased cardiovascular risk with febuxostat, the European Union Risk Management Plan indicated that a post-authorisation safety study be carried out in Europe in patients with gout and hyperuricemia, resulting in approval of FAST in 2011.

As well as the lead institutions, FAST was held in collaboration with the Universities of Aberdeen and Nottingham and NHS Highland, as well as benefitting from input from researchers at the University of Southern Denmark.

Lead author Professor Isla Mackenzie, from the University of Dundee, said, “We hope that this new information will also be useful to regulatory agencies in re-evaluating the role of febuxostat in the management of gout.”

A strong feature of the FAST trial was the ability to track patient outcomes using national electronic records of hospitalisations and deaths. This process, known as record-linkage, is possible in some European countries and greatly increases confidence that all events are captured.

Professor Ian Ford at the Robertson Centre for Biostatistics at the University of Glasgow, who pioneered the use of record-linkage in clinical trials, said; “The good thing about record-linkage is that it captures things patients may have forgotten about. Also, patients who want to stop being contacted in trials are often very happy to be followed up by record-linkage so investigators can still find out what happened to them.”

Emeritus Professor George Nuki and Professor Stuart Ralston, from the University of Edinburgh, who are rheumatologists and authorities in the management of gout, said, “We hope that the FAST trial results will help to reassure patients with gout and doctors who treat them that febuxostat is as safe as allopurinol in patients with increased risks of cardiovascular disease.”