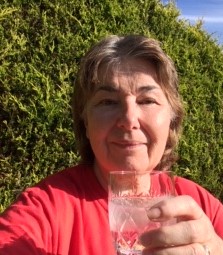 Professor Anne Ludbrook of the Health Economics Research Unit (HERU) will retire from the University at the end of this month (September 2020).

Anne has worked at the University for 37 years, joining HERU as a Research Fellow in 1983.

Throughout her illustrious career, Anne's work has contributed to and influenced policy and legislation that has positively impacted the health of millions of people.  In the 1980s Anne worked on the Forrest Committee, which paved the way for routine breast cancer screening in the UK. Anne then went on to lead the review of the health and economic impacts of smoking in public places which ultimately supported the introduction of smoke-free legislation in Scotland. Anne also led work in HERU that developed the evidence-base on the minimum unit price for alcohol, again contributing to the introduction of legislation in Scotland.

After graduating from the University of York with a BA (Hons) in Mathematics and Economics, and then an MSc in Health Economics, Anne moved to Aberdeen in 1981 where she worked as an Economic Advisor at the Grampian Health Board.

Anne was appointed Deputy Director of HERU in 1984, and served as Director from 1987 to 1990. She also directed the HERU consultancy service in the 1990s and was a research theme leader in the area of health behaviour for many years. In 2006, Anne was awarded a Personal Chair in Health Economics at the University of Aberdeen.

Anne’s research interests are focused around the use of economics in health improvement, with a particular interest in issues around alcohol, obesity and smoking. Aligning these research interests with healthcare policy has been a key feature of Anne’s career.

HERU Director, Professor Mandy Ryan, praised Anne’s contribution to the Unit, the University and the impact of her research: "It has been a pleasure working with Anne since she employed me as a young Research Assistant many years ago. Anne has contributed enormously to the success of HERU, and the health of the population of Scotland and beyond. She will be missed, but I’m delighted she will continue to contribute to HERU, with Emeritus status at the University."

Anne retires officially on 30th September. Whilst she will remain part of the HERU team, Anne is very much looking forward to spending more time on various creative projects, volunteer and church activities plus travelling (COVID restrictions permitting!) with her husband.