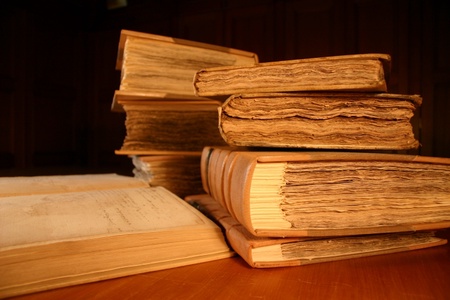 Aberdeen's earliest medieval Burgh Records have long been regarded as a jewel in the city's crown - earning UNESCO status for their historical significance - but they will now be opened to the world after researchers painstakingly transcribed more than 1.5 million words contained within their volumes.

Researchers in a project based at the University of Aberdeen have worked with archivists at Aberdeen City Council, where the records are held, to decipher the complex Scots and Latin text which constitutes one of the great reservoirs of historical information on urban life anywhere in northern Europe.

The resulting digital transcription, together with the original images of the pages from eight volumes covering a period from 1398 to 1511, have been made accessible online – meaning they can now be viewed from anywhere in the world.

It has taken researchers three years to unpick the complex hand written entries which contain details of everyday life in the reigns of Robert III, James I, James II, James III, and James IV, and run to more words than the complete works of Shakespeare.

The project was led by Dr Jackson Armstrong, a senior lecturer in history at the University of Aberdeen, and was funded by the Leverhulme Trust, Aberdeen City Council and the Research Institute of Irish and Scottish Studies.

Dr Armstrong said: “The early council registers are an important cultural asset providing a great insight into Scottish history and language. They are so significant that in 2013 they were recognised by the UK national commission for UNESCO, a body of the United Nations responsible for the protection of the world’s cultural heritage.

“This important corpus of material will now be much more accessible to others investigating medieval and renaissance life,” he added.

“The registers are a local archive but they stand for all of Scotland in this period. What survives from Aberdeen alone before 1500 comprises more than that of all other Scottish towns combined.

The Burgh Records offer historians a precious glimpse into medieval life and have already offered up many fascinating insights including a letter written by King James V which shows he stepped into a dispute on piracy and details of the first ever recorded ship to sail from Scotland to the New World.

They also give clues about the region’s response to outbreaks of plague, in one entry from 1499 detailing the setting up of two lines or quarantine first around the town and then in the hinterland stretching from the river Dee on the southern edge of Aberdeen, out to St Ternan’s (modern-day Banchory) in the west, and from there up through Monymusk to Strathbogie (modern-day Huntly).

As editorial research fellow Dr Edda Frankot coordinated the transcription of the material. She said that the need for researchers to spend hours – and sometimes days – deciphering just a few paragraphs of text had now been removed, meaning greater focus can be placed on unlocking the historical secrets they contain.

“Getting to grips with the information contained within more than 5,000 pages is no easy task, not least because of the mix of Latin and Scots and the particularities of the handwriting of the period. Some of the pages presented a challenge because they have suffered from damage over the centuries, while others remain in pristine condition.

“It meant progress on some days was faster than on others but in just over two years we had successfully transcribed every word contained within the volumes. After three years we had completed the detailed checking, editing and processing of the digital transcription.”

“It has been a challenging project and, when the team started, deciphering just a couple dense pages could take most of the day. But as we became more and more familiar with recurring letter forms and sentence structure the speed increased and by the end together we could transcribe nearly seventy pages a week.”

The team has not translated the Latin or Scots text into modern English – that was never the intention of the project. Translation would create an additional layer of interpretation, and raises the challenge of what sort of translation is desirable: a word-for-word translation is not necessarily the best way to capture meaning. However, Dr Armstrong said there are a number of possible and creative ways to interpret the material in the future, with a view of making it accessible to wider audiences.

“We have made huge progress in understanding the Burgh Records but this is far from the end of the story. It will be fascinating to see how others beyond Aberdeen are able to work with this wonderful resource.”

“Aberdeen City Council is fortunate to be the custodian of this UNESCO-designated material but it really comes to life through investigation and interpretation. By working with researchers at the University of Aberdeen we have been able to make significant progress in promoting access to these treasurers through the new digital resource.”