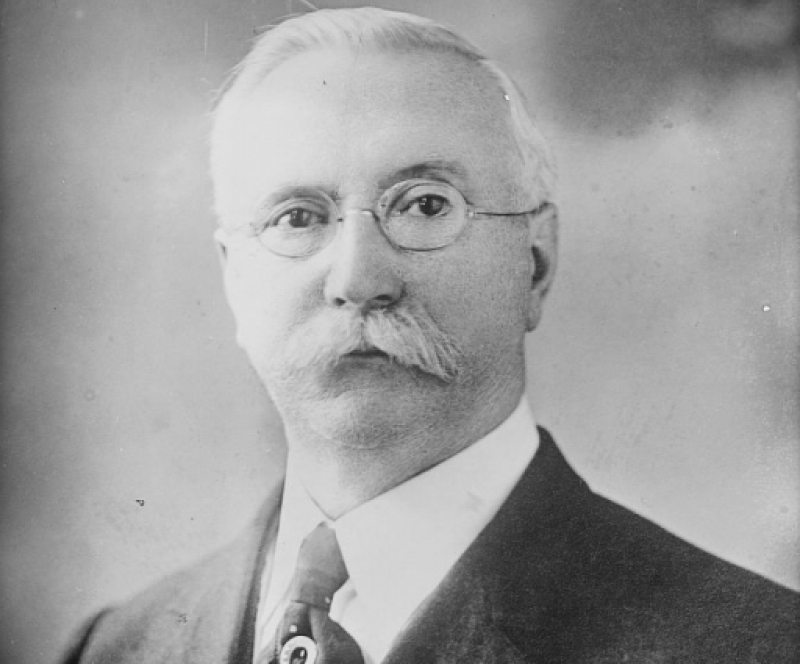 One hundred years ago today (January 18, 1919) delegates from across the globe met in Paris for the beginning of talks which would attempt to set out a new world order.

Among the international delegates was Portlethen man James Duncan and a century on from the Paris Peace Conference, an Aberdeen academic is calling for greater awareness of the role played by the farmer’s son from Aberdeenshire.

While many of the ideas of peace set out in Paris subsequently failed, Duncan was invited as a delegate for his expertise in the labour market. The conference paved the way for the introduction of international measures to regulate hours of work and the principle of the eight hour day – something which remains in place today.

Duncan, who was born at Hillside Portlethen on in May 5, 1857, was apprenticed as a granite cutter but a slump in the north-east economy and greater international demand for granite in the last quarter of the 19th century led him to seek work opportunities elsewhere. In 1880 he emigrated to the US.

Settling in New York, he joined the Granite Cutters National Union and was soon elected their Local Secretary and became its President in 1885 after moving to Baltimore Maryland.

While in office Duncan proposed and won passage of numerous amendments to the union’s constitution forming it into one of the most effective in the country and as a result he was asked to join a delegation formed by President Woodrow Wilson to Russia in the wake of the Revolution.

Neil McLennan, a senior lecturer in the School of Education at the University of Aberdeen said: “When the President was preparing for the trip he quickly realised that communist Russia would not be very responsive to a delegation made up entirely of businessmen and that he needed labour delegates.

“Duncan must have acquitted himself well as two years later he was invited to the talks in Paris. These were high level discussions bringing together delegates from countries which had until very recently been enemies in the largest conflict the world had ever seen.

“The Paris Peace Treaty set the foundations for the Treaty of Versailles which sadly did not meet its objectives of peace but where it was very successful was in establishing the International Labour Organisation to promote workers’ rights, something which still remains in place today.”

Mr McLennan is calling for greater awareness of the role played by the Aberdeenshire man in helping to provide workers around the world with greater protection for issues around unemployment, the provision of a living wage, sickness, rights concerned with disease and injury arising out of employment and the protection of children and young persons.

But Mr McLennan says greater study of Duncan and the role he played in these important negotiations also opens up wider learning opportunities.

“I am speaking to council officials about the learning opportunities his story provides for Scottish school students”, he added.

“While Duncan can be seen as a champion for the rights of workers, it is clear that these rights did not extend to all.  Workers’ rights were not applied equally across the racial divide in countries including America.

“For a man so committed to workers’ rights, Duncan’s own position on African American workers being part of unions would not sit well today. The fact that these principles he fought so hard to establish were not applied equitably even in the US after the Paris Peace Treaty can be used to explore important issues around equality, democracy and international relations in this key period of the 20th century and to reflect upon how this has changed and its lasting legacy.

"Duncan is an important figure in our story of societal change and, now that commemorations for the centenary of the end of the First World War have finished, it is vital that we give the same level of consideration to the subsequent ‘peace’. That should start today on this important anniversary across the world.  Here in Scotland, Duncan is a figure who should no longer be overlooked but studied closely so that lessons can be learned on workers’ rights, human rights and the challenges of making long lasting international peace.”