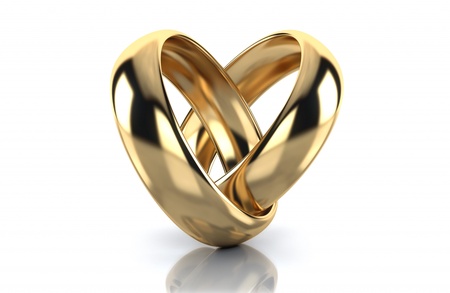 A global study led by Keele University in collaboration with the University of Aberdeen has found that marriage may protect against the development of heart disease and stroke as well as influencing who is more likely to die of it - with single, divorced, and widowed at heightened risk.

The findings of the study, published online in the journal Heart, prompted the researchers to suggest that marital status should be included as a risk factor for heart disease and stroke and even likelihood of survival in its own right.

The research pooled available data and found that 80 percent of cases of cardiovascular disease can be attributed to well known risk factors: age; sex; high blood pressure; high cholesterol; smoking; and diabetes. However, it is not clear what influences the remaining 20 per cent.

Senior author Professor Mamas Mamas, Professor of Cardiology at Keele University and consultant cardiologist at the Royal Stoke University Hospital, said: “Our work suggests that marital status should be considered in patients with, or at risk of developing cardiovascular disease, and should be used alongside more traditional cardiac risk factors to identify those patients that may be at higher risk for future cardiovascular events.”

The study drew on 34 out of a total of 225 studies, all of which had been published between 1963 and 2015, and involved more than two million people aged between 42 and 77 from Europe, Scandinavia, North America, the Middle East, and Asia.

Pooled analysis of the data revealed that, compared with people who were married, those who weren’t (never married, divorced, widowed) were at heightened risk of developing cardiovascular disease (42%) and coronary artery heart disease (16%).

Not being married was also associated with a heightened risk of dying from both coronary heart disease (42%) and stroke (55%).

When the data were broken down further, the analysis showed that divorce was associated with a 35% higher risk of developing heart disease for both men and women, while widowers of both sexes were 16% more likely to have a stroke.

While there was no difference in the risk of death following a stroke between the married and the unmarried, this was not the case after a heart attack, the risk of which was significantly higher (42%) among those who had never married.

There are several possible mechanisms that may explain why people who are married had reduced risk of heart disease." Professor Phyo Myint

Various theories have been suggested to explain as to why marriage may be protective. These include earlier recognition of, and response to, health problems; better adherence to medication; better financial security; enhanced wellbeing; and better friendship networks.

University of Aberdeen contributor, Prof Myint said: “There are several possible mechanisms that may explain why people who are married had reduced risk of heart disease. They may adopt balanced diet and lifestyle for example, through encouraging their partner to lose weight, do more physical activities or simply encouragement to go and see a doctor for seemingly minor ailments such as heartburn which can be due to heart disease.”

Lead researcher, Chun Wai Wong, from Keele University, added: “Our analysis showed that compared to married individuals, being unmarried was associated with increased coronary heart disease and both cardiovascular heart disease and stroke mortality in the general population.

“Our findings suggest that marriage has a protective effect on cardiovascular diseases, however, this could be attributed to the additional social and emotional support provided by having a spouse. The important message is to evaluate patients’ social circumstances including marital status and consider the need for additional support as part of the holistic management.”

The authors caution that the methods used and adjustments made for potentially influential factors varied considerably across all the studies, which may have affected the results of their analysis. Similarly, there was no information on same sex partnerships or the quality of marriage, and the potential role of living with someone, as opposed to being married to them, was not explored. But this is the largest study to date, with the age and ethnicity of the participants strengthening the wider applicability of the findings, the authors point out.