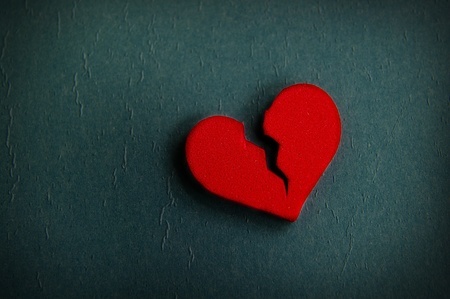 A condition once thought to temporarily cause heart failure in people who experience severe stress might actually cause longer-lasting damage to the heart muscle.

Takotsubo syndrome, also called “broken heart syndrome” - because it can be triggered when a person suffers severe emotional stress, such as after bereavement - affects around 3,000 people in the UK each year.

In a study funded by the British Heart Foundation (BHF) and published in the Journal of the American Society of Echocardiography, researchers from the University of Aberdeen followed 52 takotsubo patients over the course of four months.

Using ultrasound and cardiac MRI scans to look at how the patients' hearts were functioning in minute detail, the researchers found that the disease had permanently affected the heart's pumping motion.  The twisting or ‘wringing’ motion made by the heart during the heartbeat was delayed and the heart’s squeezing movement was reduced.

The researchers also found that parts of the heart’s muscle are replaced by fine scars, which reduce the elasticity of the heart and prevent it from contracting properly.

These findings may help to explain why takotsubo sufferers have similar long-term survival rates to people who’ve had a heart attack.

Recent studies have shown that this disease is not as rare as we thought, so finding out the effect that it has on sufferers' hearts is increasingly important " Dr Dana Dawson

Dr Dana Dawson, Reader in Cardiovascular Medicine and BHF-funded researcher at the University of Aberdeen, who led the research, said:

“We used to think that people who suffered from takotsubo cardiomyopathy would fully recover, without medical intervention. Here we’ve shown that this disease has much longer lasting damaging effects on the hearts of those who suffer from it.

“Recent studies have shown that this disease is not as rare as we thought, so finding out the effect that it has on sufferers’ hearts is increasingly important.”

“This study has shown that in some patients who develop Takotsubo syndrome various aspects of heart function remain abnormal for up to 4 months afterwards. Worryingly, these patients’ hearts appear to show a form of scarring, indicating that full recovery may take much longer, or indeed may not occur, with current care.

“This highlights the need to urgently find new and more effective treatments for this devastating condition.”