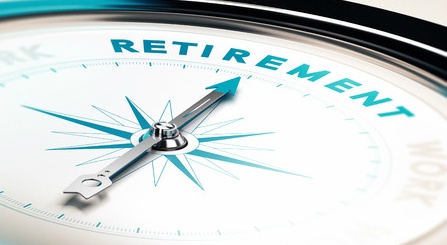 A study by economists at the University of Aberdeen has found that experienced workers may be just as prone to feeling like the office 'newbie' as those starting a new job, with many retiring early as a result.

Those behind the research say that workers are being pushed into ‘involuntary retirement’ as their skills fail to keep pace with the demands of their job, and emphasise the need for ongoing training to take account of advances in technology and other working practises.

The study, published in the journal, Education Economics, is the first to confirm a strong pattern between so-called educational mismatch – where an employee’s job does not match their educational qualifications – and retirement.

Economists analysed a group of 30,000 scientists and engineers whose careers have lasted 20 years or more, and found that around 40 percent of those who retired felt that their education no longer suited their job.

Research in this area has mainly focused on educational mismatch at the start of an employee’s career, when the trend has long been assumed to be most apparent.  However, this latest study shows that mismatch is just as much an issue for experienced workers.

Professor Bender said: “Like many workers, the job requirements of scientists and engineers are constantly evolving as technology and new methods develop, and so the need to reinvest in training and development is of paramount importance.

Like many workers, the job requirements of scientists and engineers are constantly evolving as technology and new methods develop, and so the need to reinvest in training and development is of paramount importance. " Professor Keith Bender

“If this doesn’t happen then mismatch will become more obvious and will have an impact on workplace satisfaction and lower earnings, which often leads to an employee leaving his or her job.

“Around 40 percent of retired scientists and engineers in our study group experienced this mismatch, and while they retired only a year or so before those who were well matched, it is a huge loss when you consider this trend is likely taking place across the general working population.

Professor Bender described employees in this position as being pushed into ‘involuntary retirement’ and said that it is an issue that workers, employers and government should be encouraged to address.

“From the worker’s perspective this could simply be a greater willingness to retrain if training is available, and from the employers point of view it could be the availability of appropriate training provision,” he said.

“In the case of government, policy initiatives that direct skills towards areas of the economy where they are most needed would also help to retain skills that would otherwise be lost through early retirement.”