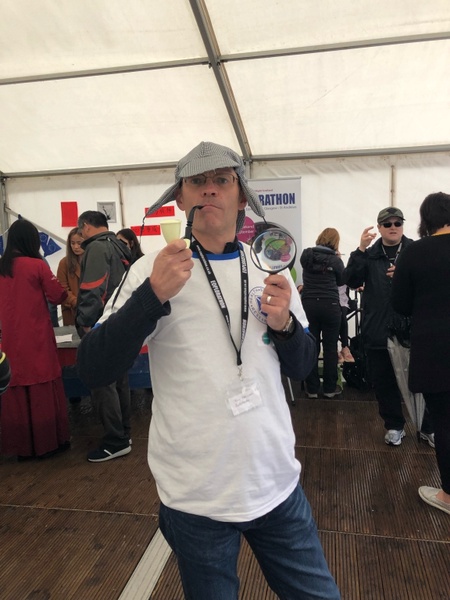 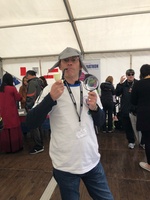 Explorathon in the City Centre is an opportunity for the public to meet researchers working in a variety of different fields and took place on Saturday 28th September. The HSRU stand was in a tent outside Marks and Spencer in St Nicholas Street. While this is an ideal place to meet and engage with shoppers, a wet and windy Saturday morning meant asking people to stop would not have been popular and also that fewer people were willing to step into the tent to speak to those inside.

Those who did though were able to ask questions about the work of the unit and to find out about the different trials that are being run and also about the work with patient and public involvement and engagement. They also had the opportunity to collect various leaflets about the unit and find out how they can be involved.  We were sharing a tent with some microbiologists and also the Confucius Institute which attracted a wide range of people into the tent and also provided us with some entertainment from the Confucius Institute’s two person Chinese dragons!

The HSRU stand was in place for three hours from 0930 and in total we engaged directly with 44 different people.