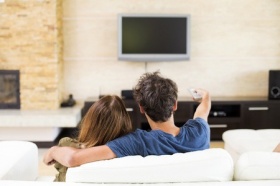 Staff in several schools have received significant news coverage this semester. Here are just a few examples of researchers who gained national and international coverage, working alongside colleagues in the Communications Team in External Relations:

IVF online calculator predicts individualised chances of couples having a baby - Online coverage alone for this research topped 31 million.  It was also broadcast on the main evening news programmes in Scotland (a million viewers) plus a combined newspaper audience of 3.5 million.  It also went global, getting coverage in Malaysia, Africa, Japan, Jordan and various US and Australian websites.

Hebridean rock provides clue to life on Mars – was covered by UK’s biggest newspapers and the BBC website.

Researchers find 'Game of Thrones' may be the key to 'Breaking Bad' relationships - reached a potential audience of 37 million when it was published on Netflix’s Facebook page, and broadcast on Chris Evans breakfast show.

No need to wait to conceive after miscarriage - was carried by the BBC locally and UK-wide, STV, Sky radio and local radio.  It featured in all major national newspapers and online coverage stretched as far as The ‘Peking Press’ and msn.com.

If you want to find out more about how the Communications Team can promote your work, we’d be delighted to hear from you.  To find out which member of the team looks after your area, contact communications@abdn.ac.uk