Leopard Magazine: Creating a Roman confusion in the North-east
10 September 2015 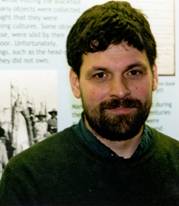 In a previous article in Leopard (April 2015), I discussed some of the Roman objects found in Aberdeenshire and how these can reveal something of the relationships between the Romans and the native people of the North-east.

Since the 18th century, this has been a topic of great fascination to local historians, and some of the stories they have written also reveal much about more recent ideas of identity.

In 1793, General William Roy’s Military Antiquities of the Romans in Britain was published, including beautiful and accurate plans of the Roman sites that could be seen in the Scottish landscape. As any of these sites have now been destroyed, his plans continue to be useful for archaeologists.

Other antiquarians, such as John Stuart, professor of Greek at Marischal College, wrote in 1818 that “the historical records of the Romans, are our best guide, and almost only authority” to interpreting remains from antiquity. To classically-educated Scottish antiquarians of the early 19th century, the history of Roman Scotland was dominated by the Agricola, written by Tacitus, which culminates in the battle of Mons Graupius and the defeat of the Caledonians under their leader, Calgacus.

Attempts to link the literary account with archaeological evidence continue, despite General Roy’s warning that “unless a number of old Roman and Caledonian arms should, by mere accident, be dug up in the neighbourhood of those places, or that the vestiges of a camp should be discovered fronting one or other of them, we can never hope to ascertain the particular spot.”