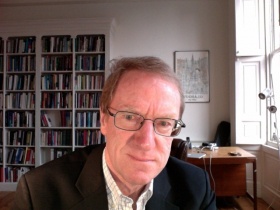 A University of Aberdeen Politics and International Relations professor has been elected to become a member of the Academia Europaea.

Professor Michael Keating joins the academy after having been nominated by his peers before being elected by the Council of the Academy.

Founded in 1988, the Academy has around 3000 elected members from across Europe  including leading experts from the physical sciences and technology, biological sciences and medicine, mathematics, the letters and humanities, social and cognitive sciences, economics and the law. The academy aims to promote learning, education and research

Professor Keating commented: “As a Europeanist I regard this as a great honour and an opportunity to help develop a European research area in the social sciences.”

Professor Keating is a fellow of the British Academy, the Royal Society of Edinburgh and the Academy of Social Sciences.

In recent month's, Professor Keating's research has been widely used in the discussion surrounding the upcoming Scottish Independence referendum.