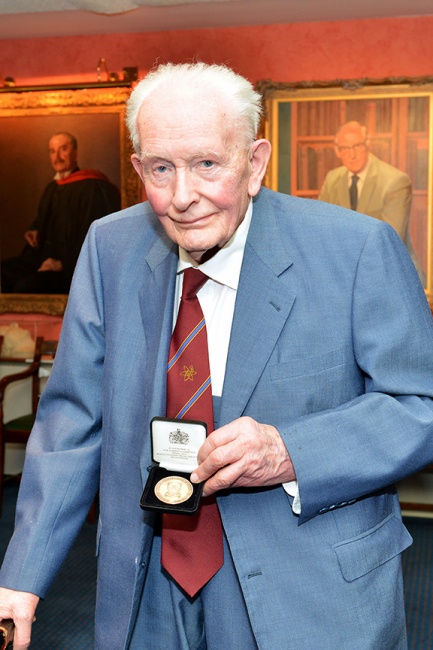 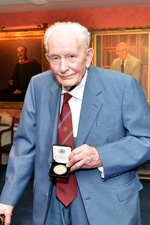 One of medicine’s feted figures who headed a team which led the way with medical imaging has been honoured for his achievements.

Professor John Mallard’s pioneering team of Aberdeen scientists and clinicians were first in the world to scan the body of a patient using Medical Resonance Imaging - or MRI.

The 1980 breakthrough earned Professor Mallard – Head of the University of Aberdeen’s Medical Physics Department at the time – a number of accolades over the years including being awarded the Freedom of the City of Aberdeen.

The medical society of Aberdeen – the Aberdeen Medico-chirurgical Society – presented the physicist with their inaugural President’s Medal, launched with the help of an endowment from Sir Lewis Ritchie, Director of Public Health at NHS Grampian, Professor of General Practice at the University of Aberdeen, and a GP in Peterhead.

Dr Melvin Morrison, Secretary of the Society said: “The President’s Medal has been created to celebrate those who have made notable contributions to medicine in the North-east.

“Professor John Mallard is an incredibly worthy recipient of our first President’s Medal with his vision for MRI which today is making a major contribution to medical diagnosis, treatment and research all around the world.”