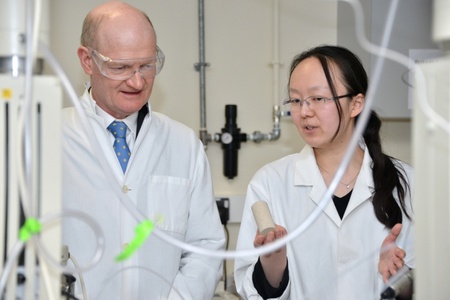 The University was delighted this week to welcome three members of the UK Government during their visit to Aberdeen.

Secretary of State for Education Michael Gove, David Willetts, Minister for Universities and Science, and Baroness Warsi, Minister for Faith and Communities, took time out during their busy schedules to meet staff and students at the University, hear about new developments, and see research in action.

Secretary of State Michael Gove visited the Music Department and took part in a choir rehearsal led by Royal composer and judge on The Choir, Professor Paul Mealor. Meanwhile Baroness Warsi, Minister for Faith and Communities, met students and other representatives of the many faiths on campus, to discuss issues of faith, identity and community, and hear about how the University is working to address the spiritual needs of all in its community.