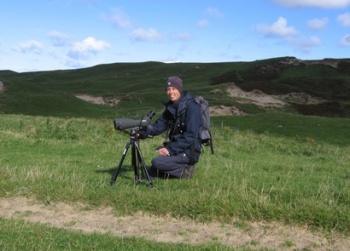 A Senior Research Fellow from the University of Aberdeen has been recognised for her outstanding career to date by the Zoological Society of London.

Dr Jane Reid, from the School of Biological Sciences, has won the prestigious Zoological Society of London Scientific Medal in recognition of the research she has carried out in the areas of ecology and evolution.

Jane was nominated for the award by Professor Stuart Piertney, Director of the Institute of Biological and Environmental Sciences, and then the nomination was considered by external reviewers.

Jane will attend the Zoological Society of London’s annual award ceremony on June 18th to officially receive her medal.

She commented: “I was absolutely astonished and thrilled when I heard the news that I had won the scientific medal. It is a great honour, and I am looking really forward to attending the awards ceremony in June.

“To be recognised by the society is extremely flattering.”

Professor Piertney added: “I am delighted that Jane has been recognised by the Zoological Society of London for her outstanding career and distinguished work in Zoology.

“It is a thoroughly well deserved accolade. Jane is a tremendous asset to the university and we are all extremely proud of her achievements.”

Jane joined the University of Aberdeen as a Royal Society University Research Fellow in 2006.  She uses long-term data from wild bird populations to understand how an individual’s genes and the environments it experiences combine to influence its reproduction and survival, and hence its contribution to population persistence. She currently has four main field projects, which focus on red-billed choughs, European shags and starlings in Scotland, and on song sparrows in Canada.