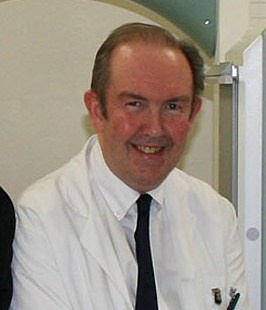 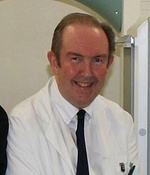 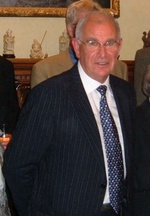 The University was sad to learn of the recent passing of two former members of the medical physics team - Professor Frank Smith and Dr Howard Gemmell.

Professor Smith, a radiologist, was a key member of the team that performed the world’s first clinical MRI body scans in 1980. He was the first to clinically interpret images from what was initially termed Nuclear Magnetic Resonance, now known as Magnetic Resonance Imaging (MRI). He motivated fellow clinicians in Aberdeen Royal Infirmary to send patients to be scanned with the new technology, often pushing patients himself from the hospital through a snowy carpark to reach the research scanner. He had an excellent reputation in the MRI community and was Editor-in-Chief of one of the major MRI journals, Magnetic Resonance Imaging, from its early days in the 1980s. He was awarded Fellowship of the major MRI scientific society, the International Society for Magnetic Resonance in Medicine in 1990.

Born in 1943, Professor Smith was an Aberdeen graduate and went on to work as part of the team that pioneered the clinical application of MRI. He had over 250 publications in peer reviewed Journals, 32 book chapters and co-authored 5 textbooks. He worked as a Consultant in Nuclear Medicine, pioneering the use of SPECT for measurement of regional cerebral blood flow. He also performed some of the earliest work on the use of PET for malignant disease. Prof Smith worked extensively in the fields of Sports Medicine and Musculoskeletal Radiology.

Professor Smith and Professor Malcolm Pope brought positional MRI to Aberdeen in 2002 which undertook research MRI scans in a purpose-built facility at Woodend Hospital until its decommissioning in 2012. The positional MRI scanner was the only one of its kind in Scotland and allowed imaging in standing, seated and recumbent positions, facilitating investigation of spinal conditions and cranio-cervical junction abnormalities.

Professor Smith was awarded honorary Professorship at the 25 Years of MRI event hosted by the University in 2005. He died suddenly at home on 27 May, 2022.

Dr Howard Gemmell taught on the Biomedical Physics MSc programmes and supervised many PhD students. He was a graduate of the University, moving here from Glasgow to do an MSc in Medical Physics. He proceeded to work on a PhD in Aberdeen on Ultrasound before moving into nuclear medicine where he worked as an NHS Clinical Scientist, becoming Head of Department in 1991. He succeeded in balancing a high quality clinical service, regarded as an exemplar of the multi-disciplinary team, while still participating in and encouraging research for patient benefit. He taught extensively and co-wrote and published 'Practical Guide to Nuclear Medicine' now in its third edition and widely regarded as the Nuclear Medicine bible.

Despite being diagnosed with MS in the 80s, Howard showed immense resilience and commitment to the NHS and to his specialty nationally, and even after retiral he worked as a patient advocate on various committees. He died from multiple myeloma on 24 May 2022.

Our condolences go to the families of both Professor Smith and Dr Gemmell.