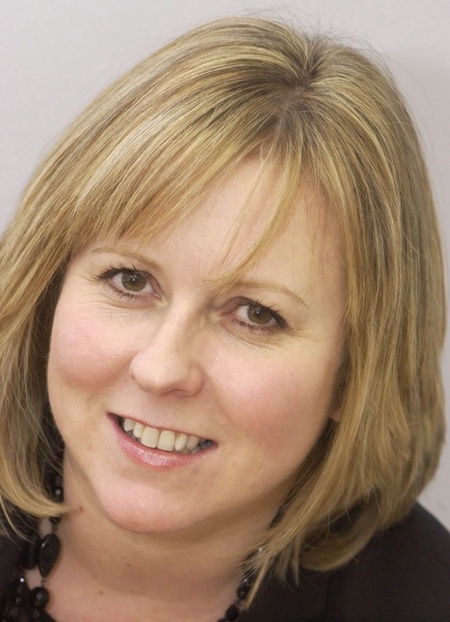 We were deeply saddened to hear of the passing on Monday of an inspirational former University of Aberdeen leader who was at the forefront of one of the most successful fundraising campaigns at a Scottish university.

Dr Lori Houlihan (formerly Manders) - who led the Sixth Century Campaign which helped transform the landscape of the University and Aberdeen City and beyond as it enabled the development of the Sir Duncan Rice Library, the Suttie Centre and helped partners with funding for Aberdeen Sport Village - had an aggressive form of brain cancer.

Despite her diagnosis in 2019, she continued to channel her philanthropic talents by establishing the UCL Lori Houlihan Glioblastoma Fund to raise funds for innovative clinical research into this kind of cancer at UCL - where Lori had been Vice-Provost (Advancement) until retiring in March 2020 due to her health.

Before joining UCL in 2011, Lori spent 12 years at the University of Aberdeen establishing its first Directorate of Marketing and then leading a reinvigoration of all the External Affairs functions including Marketing, Communications and Events, Student Recruitment and Admissions, Public Affairs and Government Relations and the Development Trust.

Passionate and dynamic, Lori was instrumental in building the University’s brand at a local, national and international level including community outreach through Events programmes such as the popular Word Festival.

She led many successful projects which included helping bring the Scottish Parliament to the University.

Investment from the Sixth Century Campaign also allowed the University to successfully recruit leading minds from across the globe as Sixth Century Chairs and funded numerous scholarships.

Extremely well connected, Lori worked extensively with partners and supporters across North America, Europe and Asia in all her University roles.

Respected across the higher education sector, in 2019, she received the prestigious Council for Advancement and Support of Education (CASE) Europe Distinguished Service Award, which recognises leaders who have made a significant and lasting impact in the advancement field.

She was a Trustee-at-Large of CASE (Washington DC), past Chair of the Ross Group (UK), member of the Standards Committee of the Fundraising Regulator, Trustee of the Film and Television Charity, Board member of the Higher Education Working Group of the 30% Club.

The ex-Aberdeen Grammar School pupil and former governor of the city’s St Margaret’s School for Girls was also held in high regard outside the sector. She was a Burgess of the City of Aberdeen, in 2018 was elected as a Fellow of the Chartered Institute of Marketing, and was a patron of Aberdeen Art Gallery and the International Youth Festival.

Last year she was awarded an honorary doctorate by UCL in recognition of her contribution to the international advancement profession, advocacy of transparent and ethical fundraising practices and her profile as a senior woman leader.

Lori is survived by her daughter Poppy, husband Emeritus Professor Dominic Houlihan OBE who was formerly Vice-Principal at the University for Research and Commercialisation and then Internationalisation, her parents Laura and Tom McKenna and sister Ali Renshaw. She was also very close to her three stepchildren Anthony, Catherine and Michael and was a much-loved Gma (Grandma) to their four children.

Pro-Chancellor of the University of Aberdeen, Professor Iain Torrance, is among those to pay tribute. He said:

I’d known Lori for about 25 years, and everything said about her is true. She was a vibrant, utterly positive person with a terrific can-do attitude. A wonderfully successful fundraiser, she succeeded because her heart was in it and if she took something on, she gave it 150%.

“She understood herself as a storyteller and as a person of moral depth and integrity, she told true stories, built alliances and won friends. Lori had wonderful self-awareness, always able to laugh at herself, never ever pompous, silly or pretentious. She was a great friend. We all loved her, and we grieve with Dominic and Poppy.

"I remember meeting Lori at an international conference in America in 2003 – she had an energy and enthusiasm which was infectious, so when a role in the International Office came up at the University of Aberdeen – it felt like a good fit and an opportunity not to be missed.

I was delighted to join Lori’s team – she challenged our thinking and that of the University’s, encouraging us to be bolder and more creative in our approach to our work. She brought a sense of colour and vibrancy to her role. She was well connected to the city around her, and further afield and she made people feel welcome and part of something.

As I reflect on why she made such a huge impact at the University of Aberdeen, and subsequently at UCL – I believe it was because she was unapologetically her true authentic self. She led by example, with a smile, positivity and optimism which supported others to want to rise the challenges she set them. She was an outstanding female leader and one who I, and so many of my colleagues across the University, are so grateful to have had the privilege to have been part of her journey. She will be hugely missed, and our thoughts are with Dominic and Poppy, and all her family and friends."

"Having known Lori since school, her inner self never changed. She was vibrant and warm and always thought of others. She loved to encourage and support people and was a fan of sending little notes of encouragement and I cherish the ones I still have.

As a friend she was loyal, kind, hilarious, uplifting and caring to a fault. As a boss, she was demanding in the most positive of ways -she pushed because she wanted the best for the institution, but also because she wanted you to be the best you could be. Everyone who worked with her knew her attention to detail and scrutiny before and after an event.

Lori worked tirelessly with then University Principal Professor Sir Duncan Rice. They were great companions dreaming big, touring the world and demonstrating the power of long term, trusted relationships to raise funds for a range of projects through the Sixth Century Campaign. The legacy of this work was huge and included the Library which Lori lived and breathed from its very conception and devoted so much time - including her own time - to ensuring its fruition.

Lori brought style, taste and elegance to all University events ensuring that any alumnus or guest felt special. Above all, she brought warmth and enthusiasm. She was always the centre of a room. She had an infectious sense of humour, would always support her team and had time for everyone. A remarkable woman who I am so honoured to have called my friend for over 40 years - she truly was a one in a million.”

"Lori was a true inspiration and icon, both within the higher education sector where she has left such an enduring legacy, and to everyone who knew and loved her. It is has been my immense privilege to have had Lori’s guiding presence in my life for the last 20 years; she was responsible for hiring me into my first graduate job at the University of Aberdeen, and supported and championed my career ever since as a colleague, friend and mentor. She empowered and emboldened everyone around her, and it is undoubtedly thanks to Lori that I find myself in the role I hold today; a role that wouldn’t have been possible without Lori leading the way.

She was a trailblazer, a force of nature and, fundamentally, a bringer of joy. Lori’s warmth, positivity and enthusiasm was infectious, and I am simply in awe of all that she achieved - whilst always managing to look fabulous! That Lori established a fund in her name to support crucial research into Glioblastoma, and has raised an extraordinary amount to date, is both a fitting tribute to her stellar advancement career and a reminder that Lori loved, lived and thought big, with a focus always on making a real difference.

The world and I will miss her terribly, but she will be remembered and celebrated always - an Aberdonian quine who helped change the world and me within it.”

You can read more here about Lori and the UCL Lori Houlihan Glioblastoma Fund.

A Book of Condolence (please see below) has also opened today for those wishing to add their reflections and memories of Lori. All messages will be collated and shared with her family. 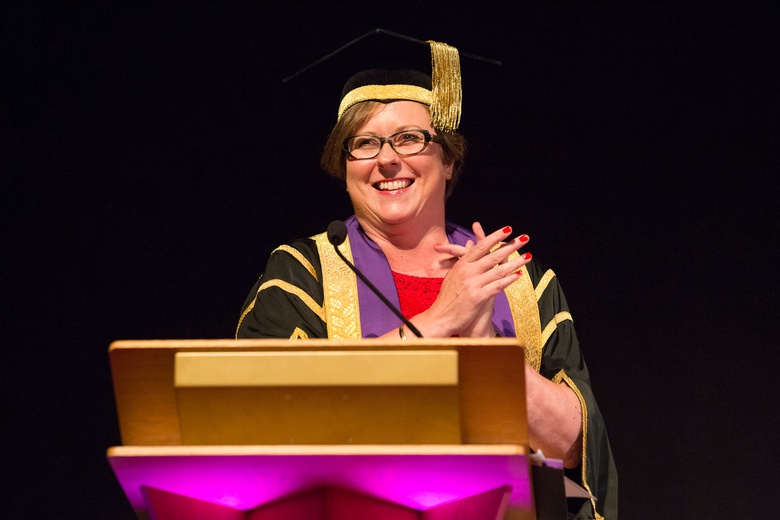 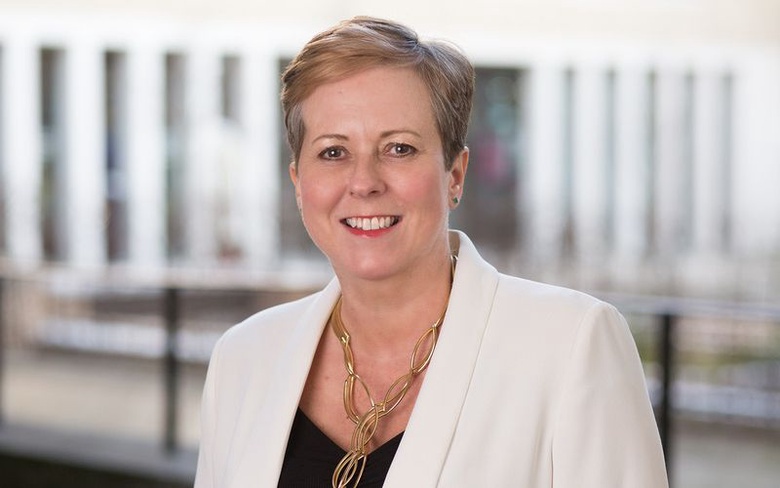 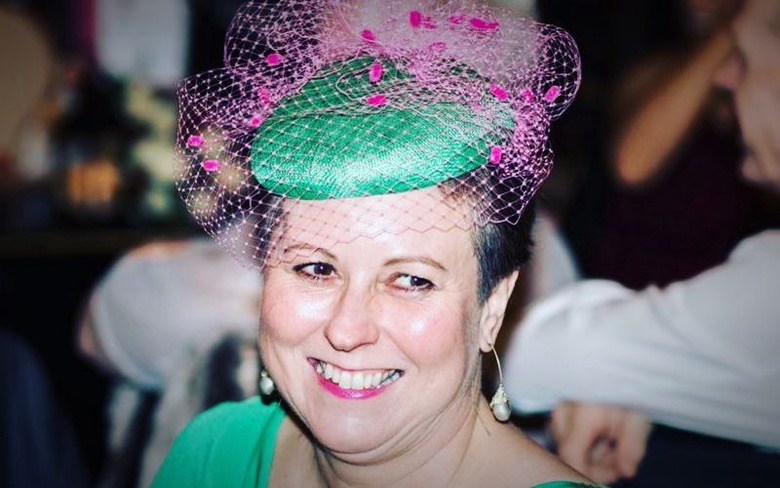 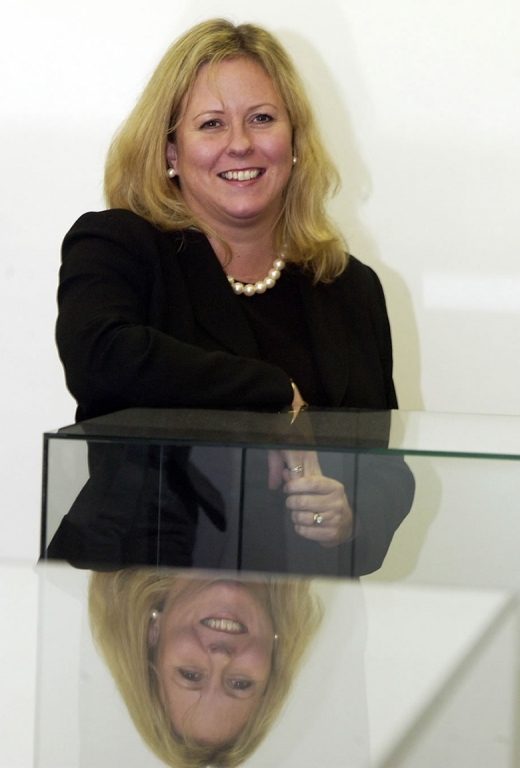