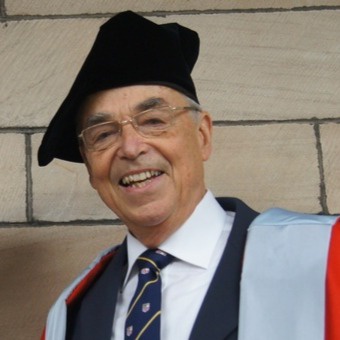 The University community is greatly saddened to hear of the death of Ronnie Scott Brown.

For many years Ronnie has been a dedicated supporter of the University on many levels. He will be remembered by everyone who knew him as a true gentleman and a wonderful person.

He became an Honorary Graduate LLD in 1996 and was presented with the Benefactor to the University Award in 2015.

A joint-founder of Abtrust Fund Management Limited, which became Aberdeen Asset Management, his association with the University continued as a member of the University Court, the Business Committee, the Development Trust board and as an exceptionally generous supporter.

Ronnie was an inspiration to students and colleagues alike. His astounding business acumen was combined with utmost integrity and genuine warmth. We will miss him.