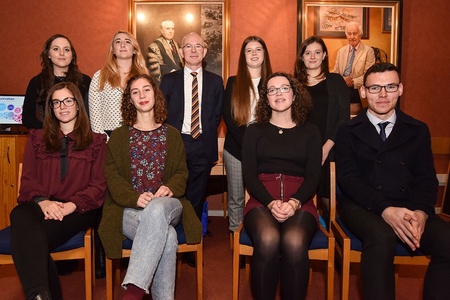 Twelve undergraduates from the University of Aberdeen have been recognised for excellence at the Principal's Scholar Awards 2017/18.

In a formal ceremony on 29 October 2018, eight students were congratulated for their academic excellence or outstanding contribution to the University. Four others also received the award but were unable to attend the ceremony. The recipients were nominated by their School and presented with a certificate by the Principal, as well as a receiving a one-off bursary funded by Ede & Ravenscroft, the University’s Robe Suppliers.