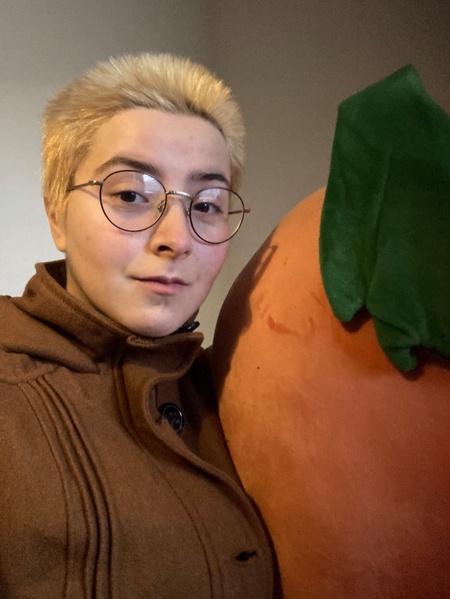 November 13th marks the start of Transgender Awareness Week. At the University of Aberdeen this is a time where staff, students and alumni come together to demonstrate their support to the transgender community and address the issues that many trans and non-binary people continue to face. I have chosen this time to raise awareness on the ongoing issues the transgender community experience using recent examples from an attack in Bulgaria.

To begin with, let us not forget that trans people have always existed and luckily in the United Kingdom, and especially Scotland, trans rights are supported within law and respected by many citizens. Although of course there is still a long way to go to reach full equality.

For Slavic countries hate crimes are not so uncommon, and in a small country such as Bulgaria, with only a small quantity of trans people on hormonal therapy, being trans would mean that you are ridiculed and seen as a joke. With many people who are identified or “outed” as transgender being subjected to transphobic attacks.

The reason why I have chosen to draw your attention to this country is because of the recent constitutional decision that gender is what you are “assigned at birth” and that you cannot change it; and the recent horrific attack that happened in the Bulgarian Rainbow Hub. The attack comes just four days after an anti-trans ruling by the Bulgarian Constitutional Court, which redefines the Bulgarian constitution so that the term “‘gender’ should be understood only in its biological sense”.

In the majority of Slavic languages, there is no distinction between sex and gender in terms of vocabulary. For instance, in Bulgaria there is one word that means “sex” and “gender” – пол (pol).  This use of language can indicate correlation on how open and literate people are about LGBT rights. An example to consider is sex education which doesn’t include LGBT topics meaning people are not informed about what it is to be a transgender person.

In a conservative country like this hate crime is unfortunately a regular occurrence, however, the aforementioned crime scene shocked even the strictest conservative people.

The chairman of the Bulgarian National Union, and candidate for the presidency in Bulgaria, Boyan Rasate, has been accused of participating in a vandalism operation against the Rainbow Hub community centre in Sofia. The hub was set up by foundations to protect the rights of the LGBT community. According to the organization the attack was led by Mr. Rasate. It has been reported that about 10 people stormed the Hub during a community meeting while two openly trans people were speaking. The attackers vandalized the space, breaking equipment, and furniture. "This is happening a few days after the petition of more than 8,000 signatures in support of the addition of anti-LGBTI hate crimes to Bulgarian law," Rainbow hub said.

To make matters worse, Gloria Filipova, an activist of the Bilitis Foundation, was a victim of a physical assault. Luckily, Boris Rasate is an illegitimate president candidate due to a hate crime conviction where he was sentenced to prison in 2008 for committing hate crime activities during a parade.

I am truly happy that the United Kingdom is active in improving support for trans people and their rights, and that there is a clinical pathway for transgender people. Let us embrace what we have and how it is going to get better, we are on this path together.

I would like to request if anyone is interested to help the Rainbow Hub organization restore its equipment to donate to their Crowdfunder: https://bilitis.org/napravi-darenie/